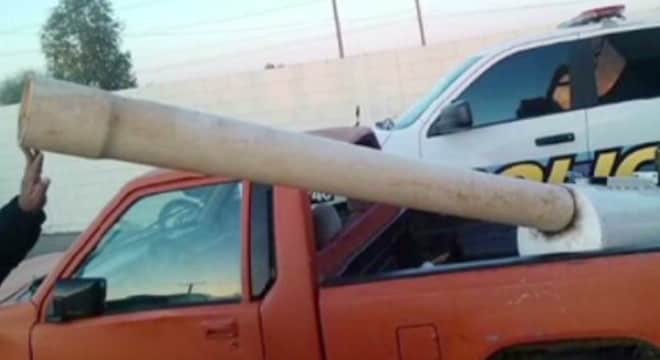 Two teens are in custody in Arizona after Border Patrol agents caught them on Wednesday with a large bundle of marijuana apparently shot over the border from Mexico.

The unidentified youths were found with 34-pounds of marijuana compressed into a cylindrical shape mimicking that of a 55-gallon drum, which agents believe was bounded over the border with Mexico to Naco, Arizona by an air cannon of some sort.

Turned over to local prosecutors, the juveniles face 18 months in prison. Authorities warned that drug cartels often seek out youth as an easy target to recruit. 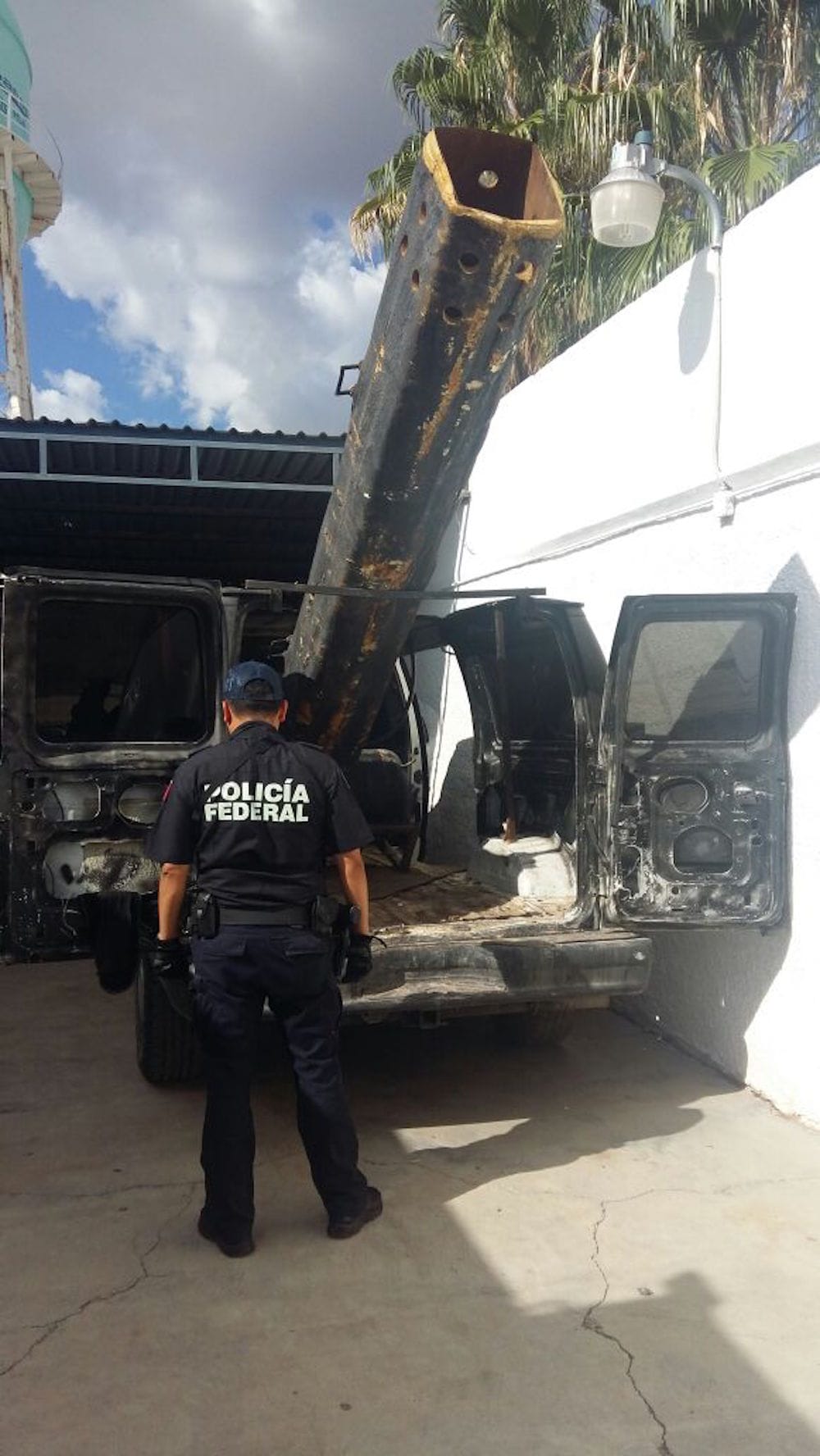 A police officer stands in front of a van mounted with an air cannon believed to be used to launch drugs over the U.S.-Mexico border near Douglas, Ariz. in September. (Photo: Mexican Federal Police)

“Smuggling organizations often take advantage of teens, lying to them about their chances of being prosecuted for their roles in smuggling attempts,” said Patrol Agent in Charge of the Brian A. Terry Border Patrol Station Michael Hyatt in a statement. “In many cases, they do not realize the true consequences of their actions.”

This week’s incident was not the first time smugglers used air cannon to shoot drugs over the line.

In September, Mexican Federal Police captured a van with a 10-foot long compressed air powered cannon in Agua Prieta, Mexico, along the border with Douglas, Arizona. In that case, gun could fire 60-pound packages through a hole cut into the roof of the vehicle.

In 2013, Mexican police captured a pickup truck-mounted air cannon in Mexicali across from the international boundary with Calexico, California while in 2012 U.S. authorities found 33 soup cans embedded in a plowed field in San Luis, Arizona they believed were shot from Mexico across the Colorado River. Each can contained two pounds of marijuana.