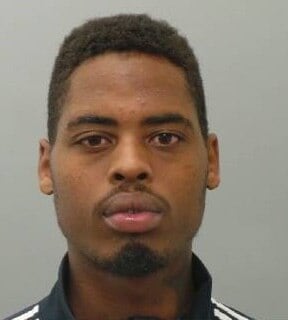 A St. Louis County Circuit Court jury deliberated two hours before finding Jeffrey L. Williams, of St. Louis County, guilty of two counts of first-degree assault, three counts of armed criminal action and one count of unlawful use of a weapon, according to reports.

Prosecutors said Williams opened fired on police in during a protest over the shooting death of an unarmed black teen by a white officer. The shots struck one officer in the face and another in the shoulder. Although both officers recovered, one eventually left the department due to his injury.

“This guy’s very dangerous,” prosecutor Bob McCulloch told reporters. “There was a big crowd out there that night, not just police but a lot of civilians. He fired off a whole bunch of shots. He’s fortunate he didn’t kill anybody.”

Williams tells a different tale, saying he was merely riding in a car through the protest area when shots rang out from behind him. “He continues to maintain that the actual shooter was the back seat passenger in the car,” said Williams’ attorney Jerryl Christmas.

This statement contradicts earlier police reports in which Williams admitted to firing three shots with a .40-caliber pistol, but said he was aiming at someone else.

“Nobody aiming at no police,” Williams said in a jail recording obtained by The Associated Press. “I ran up the hill and he [an unidentified person] shot at the car. … I shot back.”

Christmas said Williams was initially afraid to tell the truth “for fear of retaliation of him or his family members.”

Yet, a pistol and shell casings matching ones found at the scene were recovered from his residence.

The Ferguson demonstrations were spurred by the police shooting death of black teen Michael Brown and the incident exposed troubled community relations, especially involving race, in the St. Louis suburb. The officer who fired the fatal shot had been cleared of wrongdoing and was not charged.

A U.S. Department of Justice report criticizing Ferguson’s criminal justice system and municipal court for its handling of the case caused the resignation of Ferguson’s police chief, Tom Jackson, and set off a resurgence of violent protests in the city in 2015.

Williams is due back in court Jan. 27 for sentencing and will most likely seek an appeal.