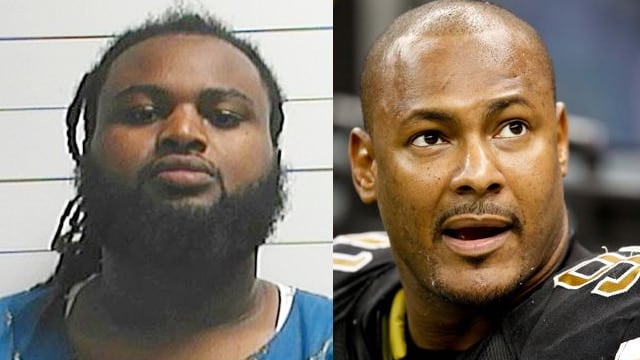 A New Orleans man will spend at least 20 years in prison after a jury convicted him of manslaughter Sunday in the shooting death of retired NFL star Will Smith.

On the witness stand Saturday, Cardell Hayes said he felt threatened by Smith, and was acting in self defense on April 9 when he pulled a .45 caliber Ruger handgun and opened fire on Smith and his wife, Racquel Smith, during a traffic dispute in the Lower Garden District.

Hayes said he heard a shot and saw a black revolver before firing on Smith and his wife. But an ATF expert testified that ballistics evidence pointed to only one gun at the scene — Hayes’. Prosecutors said Smith had his back to an open car door when Hayes opened fire, and that Smith couldn’t have been reaching for a holstered gun that was found inside his vehicle.

After hitting Smith in the left side, and shooting between the legs of Racquel Smith, Hayes advanced on Smith and fired seven more rounds into his back, killing him.

“I was trying to stop my gun from actually shooting,” Hayes testified, according to WVUE. “I didn’t expect it to actually go off that many times. My weapon falls and when I looked at Smith I said, ‘Man breath, breath. Somebody call an ambulance.'”

“Cardell Hayes, in the 911 call you heard, never says a word about Will Smith firing a shot,” Assistant district attorney Laura Rodrigue told jurors. “The first time this is even mentioned is by the defendant on the witness stand yesterday. It was never mentioned in the defense’s opening statement, which indicates to me that they didn’t know it would be said.”

“Ask yourselves if you can accept that he flat-out lied to you on the stand and still excuse a murder,” said Rodrigue.

The jury didn’t buy Hayes’ account. They deliberated for nearly six hours before voting 10-2 to convict Hayes of manslaughter. They also voted to convict him of attempted manslaughter for shooting Racquel Smith.

Manslaughter carries a minimum 20-year sentence and a max 40 years, according to WDSU. Hayes will be sentenced on Feb. 17.