Newtown will honor Sandy Hook victims with 15 minutes of silence 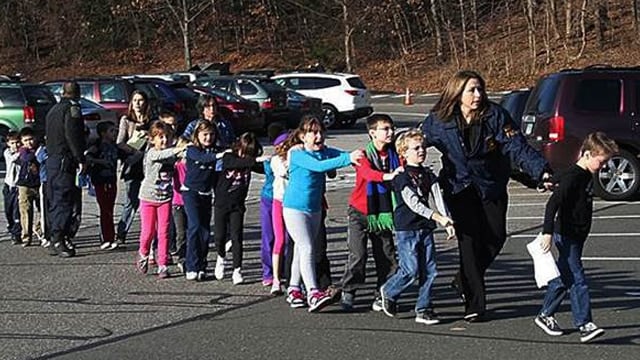 Officials in Newtown, Connecticut will mark the fourth anniversary of the Sandy Hook Elementary School massacre with 15 minutes of silence on Wednesday.

From 9:30 to 9:45 a.m., Newtown employees will refrain from doing any work on Wednesday, and flags in the town will be lowered to half staff to honor the 26 children and educators who were shot and killed on Dec. 14, 2012.

“It is our mutual commitment that this event will never be forgotten and that we will honor those lost children and educators each and every year,” First Selectman Pat Llodra wrote in a memo to town employees.

Schools will be in session and officials say they’ll have age appropriate messages for students as well as talking points for parents looking to talk about the event with their kids.

A private prayer service is planned for before and after school Wednesday, and the Newtown Center for Support Services, a Sandy Hook specific counseling service, will extend its hours.

Earlier this month, Sandy Hook Promise released a PSA that went viral. In it, two would-be love birds exchanges messages on a desk. When they finally meet, a gunman bursts into the gymnasium. The video urged people to look for warning signs of gun violence.