Washington lawmakers introduce bill that would allow guns in stadiums 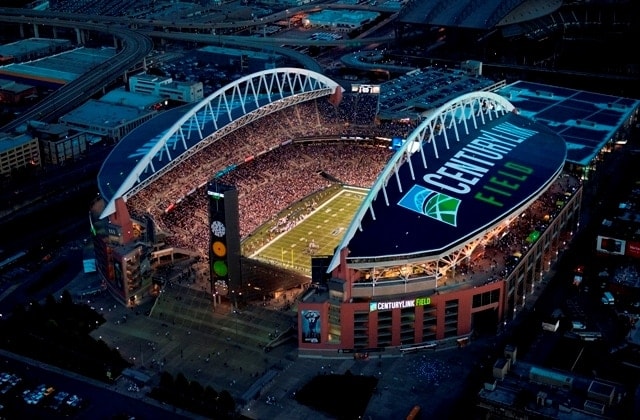 The Seahawks’ CenturyLink Field, pictured, along with the Mariners’ Safeco Field currently do not allow gun owners to bring concealed or open firearms to any sporting events. (Photo: CenturyLink Field)

The bill, HB 1015, is sponsored by Representatives Matt Shea, David Taylor and Bob McCaslin and seeks to overturn current policies that allow private operators of public spaces, stadium authorities and public facilities districts to prevent concealed firearms at their venues. Passage of the bill would force these venues to allow concealed guns on their property — so long as gun owners have a valid, concealed carry permit.

The bill has already raised some eyebrows as sports commentators and fans questioned whether guns belong at sporting events where tempers and alcohol run rampant.

“There are very good reasons for keeping firearms out of professional sports stadiums, not the least of which revolves around the copious consumption of alcohol,” sports writer Jesse Reed wrote in SportsNaut article. “You don’t have to follow the lines of logic very far to realize the tragedies that could occur if people were carrying weapons into the stadium with them.”

“Would have no problem boycotting as a fan. Safeco Field & CenturyLink Field are not ‘NRA Field,’” tweeted Sport Market host Tom Mayenknecht.

Last year, the National Fraternal Order of Police asked the NFL to overturn this rule, specifically requesting that off-duty and retired cops be allowed to conceal carry at games.

“Well-attended venues and areas are being deliberately targeted by the radical killers who do not intend or expect to survive the assault,” FOP President Chuck Canterbury wrote in a detailed letter to NFL Commissioner Roger Goodell. “Law enforcement, even when working actively with highly trained and skilled security professionals, cannot be certain that all threats will be detected and neutralized.”

NFL officials responded saying the no-gun policy was the result of an extensive research and evaluation process with law enforcement agencies and security experts.

“We concluded that public safety inside NFL stadiums on game days would be best-served by the carrying of firearms by on-duty officers specifically assigned to work the game as part of the comprehensive public safety plan for the event,” NFL spokesman Brian McCarthy told Fox News.

The battle over guns at NFL games may be a moot point as the bill faces an uncertain future. The notoriously blue state will prove to be a challenge for Republican lawmakers hoping to give Washington gun owners one more place to carry.