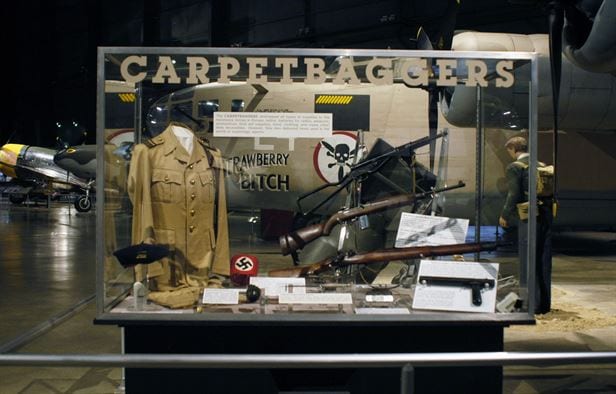 Allied aircraft, including those shown at the Operation Carpetbagger exhibit at the National Air Force Museum above, dropped over 20,495 containers and 11,174 packages of vital supplies to the resistance forces in western and northwestern Europe in 1944 and 1945 alone ranging from batteries and radios to guns and explosives. (Photo: U.S. Air Force)

During World War II the Allies dropped literally tons of arms and munitions to local resistance forces across occupied Europe to give the Germans a little heartburn.

Range Days in France is a group ex-British Army & Police instructors who are gun owners living in the Dordogne, South-West France. All certified members of the French national shooting authority, the FFTir, they provide shooting opportunities in the area with WWI & WWI rifles including Lee Enfields, Mausers and Garands.

The group has a great collection of various items supplied by the SOE (Special Operations Executive) and OSS (U.S. Office of Strategic Services) to French Resistance groups during World War II that is almost pristine. 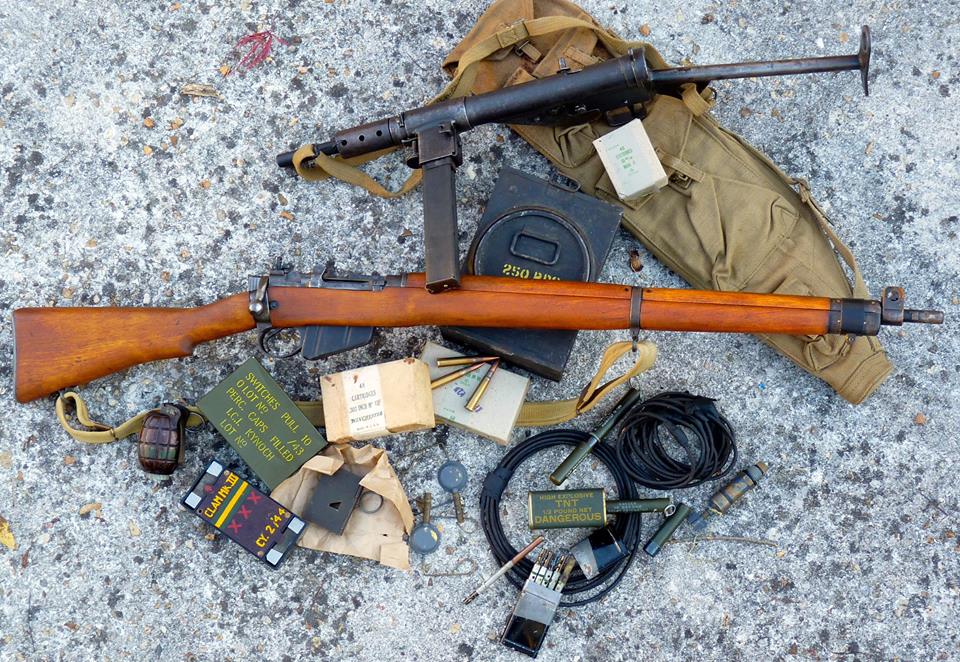 The .303 Enfield is a U.S.made Savage No 4 Mk I* dropped into the Lot Valley by parachute. The STEN Mk II fell into the Gironde region with 48 rounds of 9mm ammo in a paper carton. The 250 round tin is Winchester-made .303 British ball. The canvas bag contains a BREN light machine gun replacement barrel.

Extensively captioned by the Brits is this grouping: 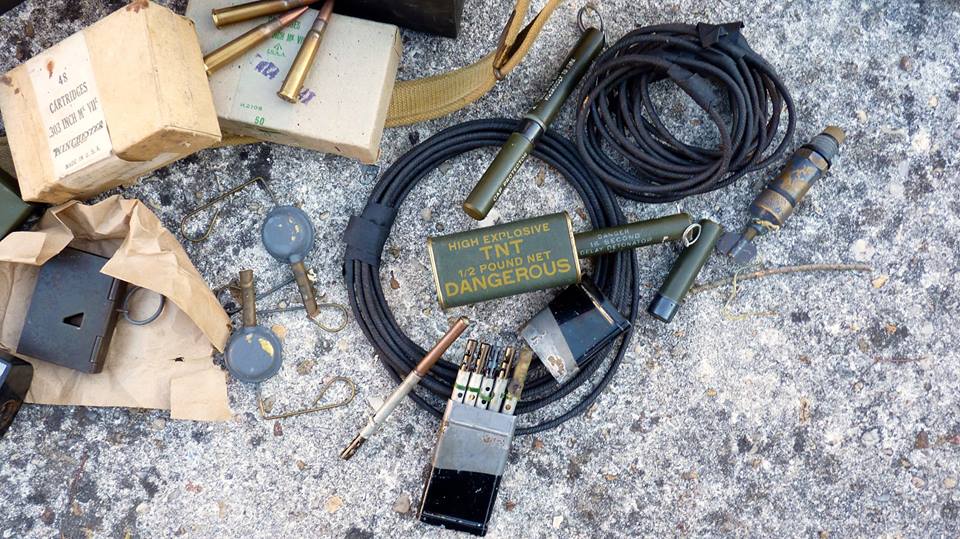 Top (Clockwise) Bickford Safety Fuze, already cut into 12” (30cm) operational lengths. An A.C. Delay fuze housing Mk III, used in limpet mines (Operation Frankton) but could also be used on other explosive devices. A half pound block of TNT with a M1 (US) 15- second delay detonator already attached). A tin of 5 (green) Switch No 10s (Time Pencils), these had a 5-½ hour detonating delay. A single “Time Pencil” with a 2 hour delay. Longer length of Bickford fuze. A single, M1 (US) 15-second delay detonator, with its protective detonator cover in place. 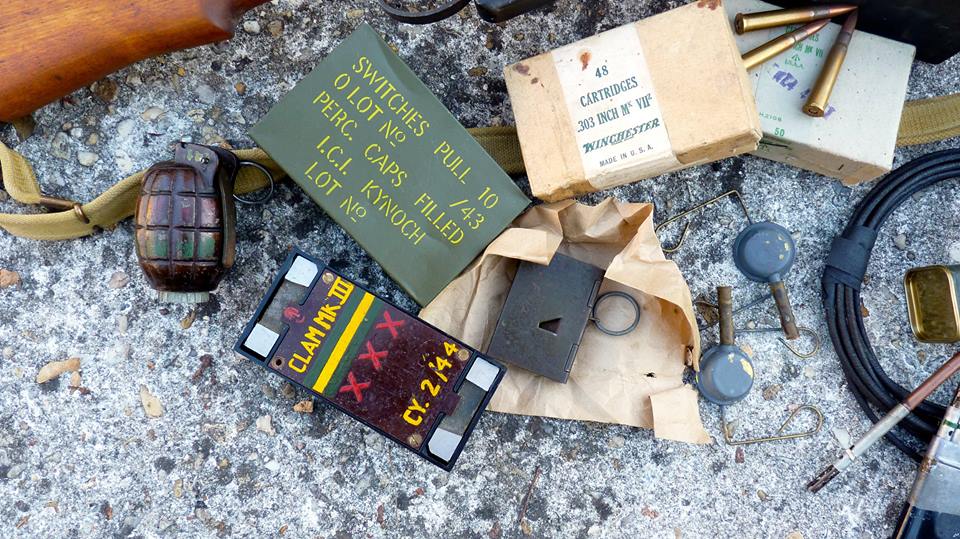 From right, (Clockwise) two Fog Signal Mk IA, used on railway tracks to initiate an explosion to derail locomotives. Release switch No 3 MkI , used as a concealed detonator initiator( Spring loaded). A rare bakelite Clam Mk III, a magnetic limpet device, which was filled in the field with explosive and used on vehicles, locomotives etc. Used with “Time Pencils” or Bickford safety fuze. A Canadian produced Grenade No 36M Mk I. A transit container (empty) for Pull Switch No I Mk I. Boxed .303 rounds

The Allies dropped some 20,000 containers across Europe filled with items similar to the above. Talk about the Arsenal of Democracy.