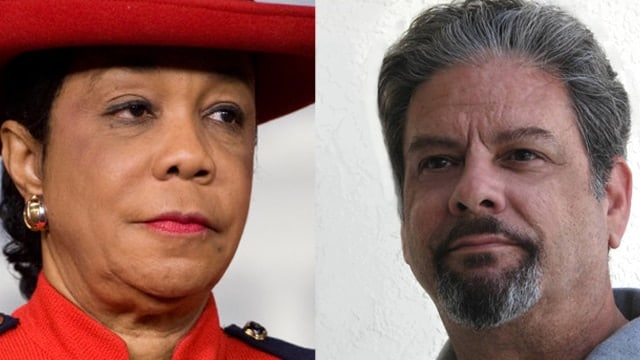 Florida Carry Inc. Executive Director Richard Nascak is firing back at a Florida congresswoman for her remarks on open carry earlier this month.

“It’s almost too easy to imagine the horrific effect and consequences that such laws would have in urban communities,” wrote Nascak, quoting U.S. Rep. Frederica Wilson in a Sunday column for the Sun Sentinel. “And there we have the source — her imagination. Unfortunately, Rep. Wilson’s imagination does not represent the experiences of 45 other states with regards to open carry.”

Wilson’s column decried open carry, saying “the carrying of firearms in public should never be considered a normal sight,” adding it would “surely create conflict where there otherwise might not be any, exacerbate already tense situations, and create major challenges for law enforcement officers.”

“Proponents of stronger gun control measures are duty-bound to protect and prepare our youth, particularly boys of color, for the perils of an open carry world in which they are often perceived as threats,” wrote Wilson.

But Nascak points to the legalization of open carry in Oklahoma in 2012, and Texas in 2016 — and how once those states passed the laws, the fears people had turned out to be “much ado about nothing.” He quoted several law enforcement sources in those states outlining how there hadn’t been any instances that backed up the fears.

“Florida needs to join the ranks of states where rationality trumps irrational and unsubstantiated fear,” wrote Nascak. “Rep. Wilson appears to be primarily concerned with black youths in urban areas. However as cited, Tulsa, Oklahoma City, Dallas, Austin, San Antonio, Houston, and other urban centers with a black youth population belie that concern. The fears are unsubstantiated.”

Still, Wilson said instead of open carry laws, the state legislature in Florida should be focused on “developing initiatives that will lead black boys to pick up books instead of guns.”

She touted legislation she’s proposed that would create the Commission on the Social Status of Black Men and Boys, saying it would examine the “disproportionate hardships they face in areas that range from education to employment.”