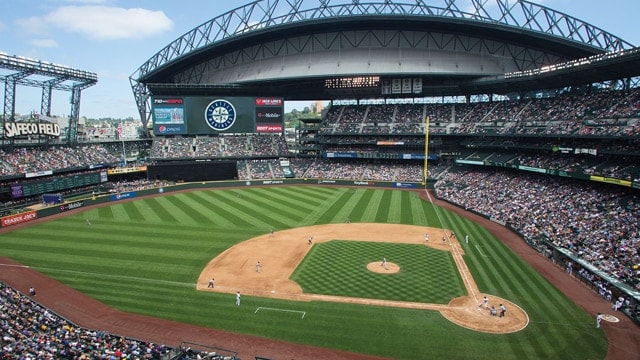 Republican lawmakers in Washington state are pushing a bill that would allow people to bring concealed weapons into stadiums, but the NFL and MLB aren’t receiving the idea with open arms.

The bill would force the Seattle Mariners’ Safeco Field and the Seahawks’ CenturyLink Field to allow people with concealed carry permits to bring their guns to games, a law gun rights proponents would no doubt love. But the leagues tied to the stadiums aren’t necessarily thrilled with the idea.

“Major League Baseball is committed to providing a safe environment at all our ballparks and believes that our current policy is the right one for all of our fans,” MLB Chief Communications Officer Patrick Courtney said, according to Forbes. The current policy prohibits weapons at ballparks.

The Mariners wouldn’t comment, but said they’ll be watching the bill as it moves through the legislature.

“We have not seen the proposed legislation but league policies forbid carrying weapons into NFL stadiums,” said NFL Vice President of Communications Brian McCarthy, according to Fox Business.

On “Mornings with Maria” on the Fox Business Network, host Maria Bartiromo asked former NFLer Jack Brewer what he thought about the proposal. “We’re all Second Amendment people here, but I don’t know. Stadiums? People are drinking?” asked Bartimoro of Brewer.

“The Second Amendment was put in place for us to protect ourselves, not to put us in situations where we hurt each other. And so this is a ridiculous law to even be proposing,” said Brewer. “It’s going too far. As a football player, and as an American, I wouldn’t want to be on the football field where fans are drinking and having guns in their pockets.”

ESPN’s Stephen A. Smith started his segment denouncing the proposal by telling viewers about the man who shot and killed retired New Orleans Saints player Will Smith.

“It’s symptomatic of the times we’re actually living in,” said Smith, telling his audience about the proposal. “In other words, bringing the wild wild west, to a game near you.”

“This shouldn’t be the case. It should never be the case. It’s time for all of us to pause and to get a grip. Forget conversations about Second Amendment rights, and all the pomp and circumstance that comes with it. This ain’t the Situation Room. It’s not Sean Hannity or Bill O’Reilly, or any show for that matter who’d banter about constitutional rights being on par with simply being humane and sensible. These are arenas and stadiums we’re talking about here people, places where sports take place, where games are played.”

“What the hell is happening to us?” asked Smith.

Those who oppose the measure likely don’t have much to worry about, as the Republican backed bill faces an uphill battle in the very blue state of Washington.