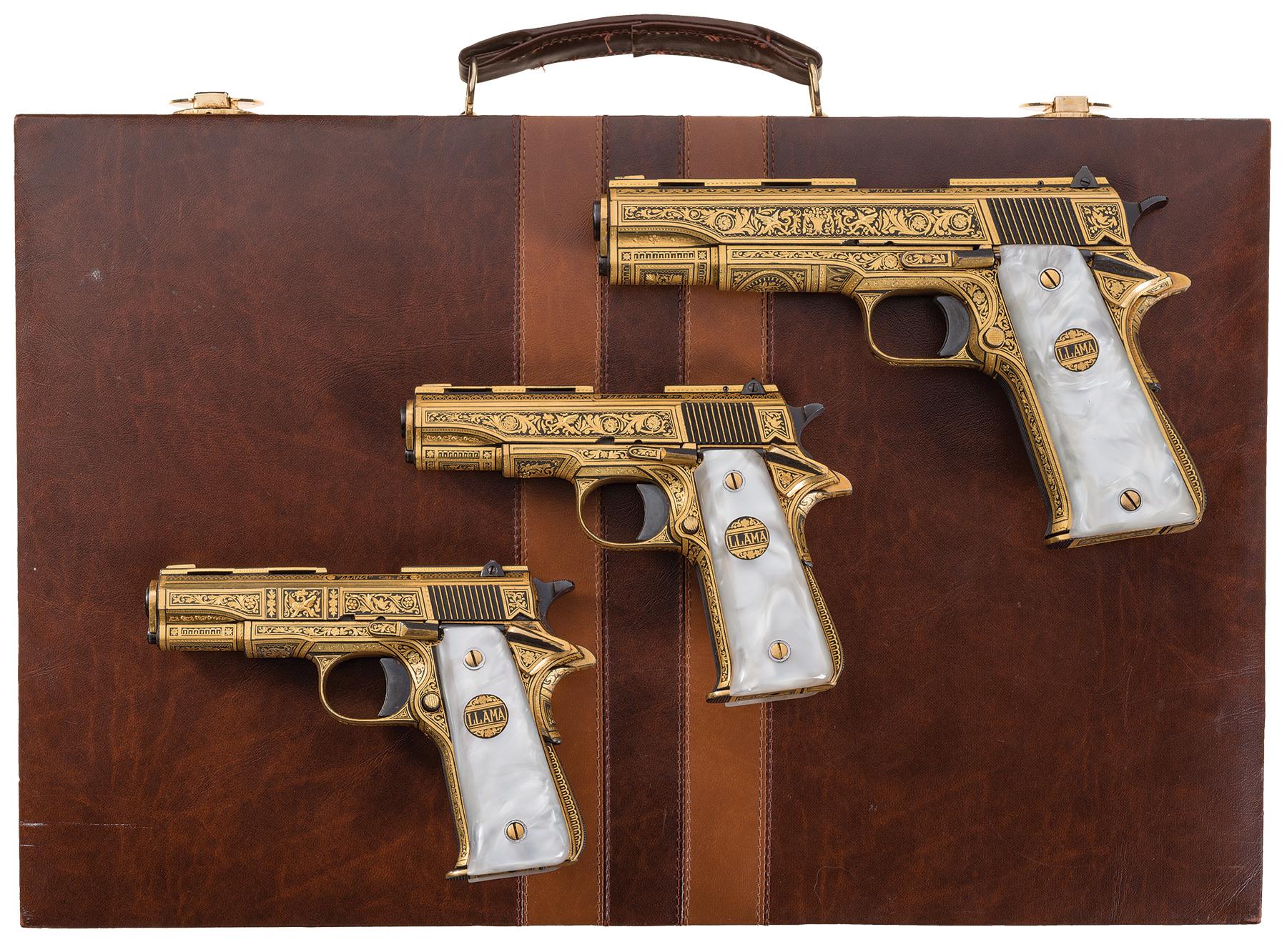 When someone talks about the old Llama pistols they have, you don’t ordinarily think of these. (Photos: Rock Island Auctions)

In 1974, an extensively engraved set of pistols in three calibers, ornately decorated with flowers, hummingbirds and other motifs, left the Llama factory in Spain, and the three amigos are still together, popping up at auction recently.

Each of the guns is covered on frame and slide with almost art deco quality 24 karat gold damascene embellishments that include dragons, birds, shields, blossoms and ivy that encompass all of the flat surfaces of the handguns with only the sights, hammer, extractor and trigger not adorned. 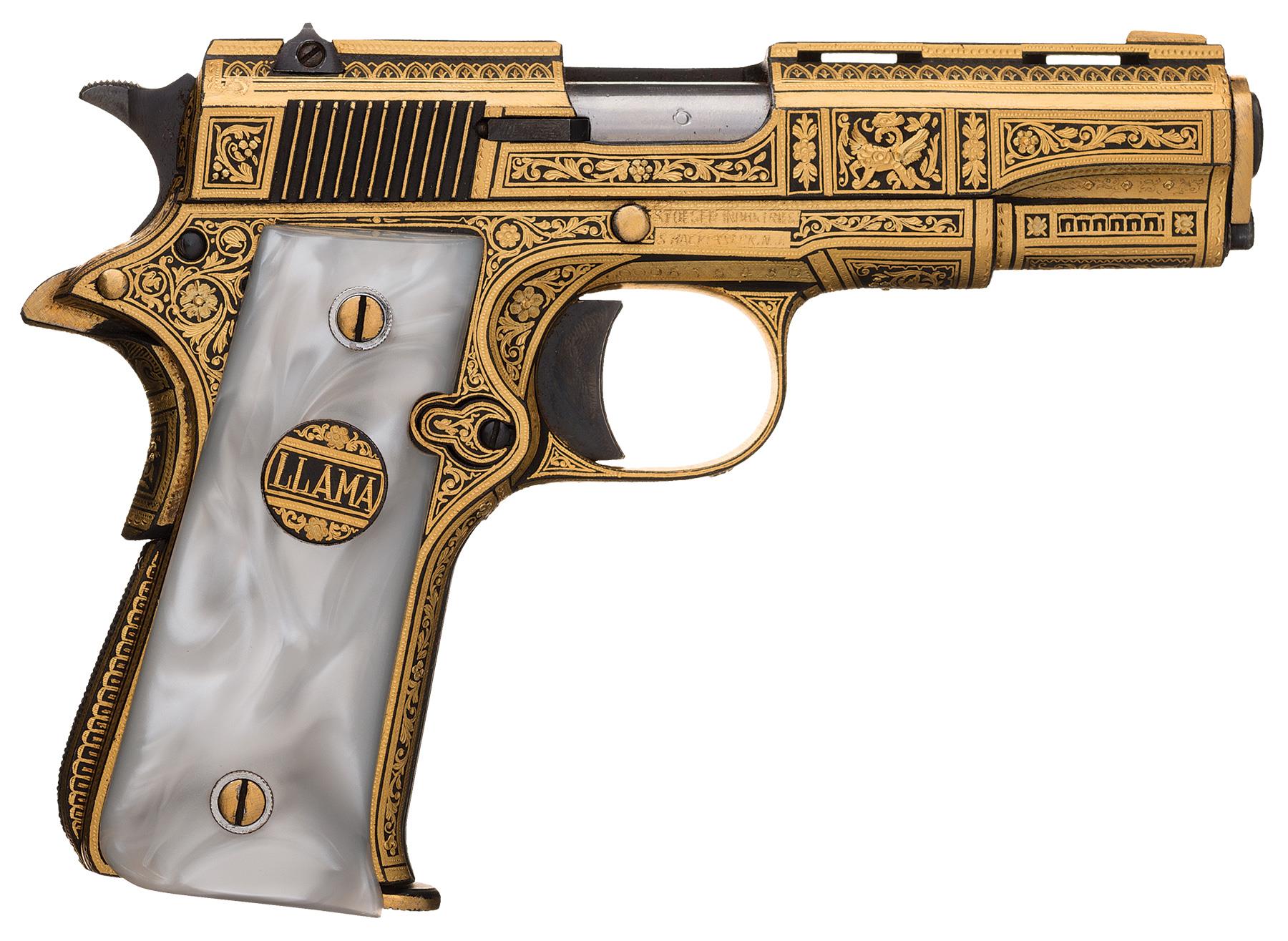 If they really wanted to, they could have done the extractor too…also, note the very fine import marks on the frame next to the take down pin.

The grips, though they look pearl or ivory, are plastic, but carry huge “Llama” medallions on their panels proudly. 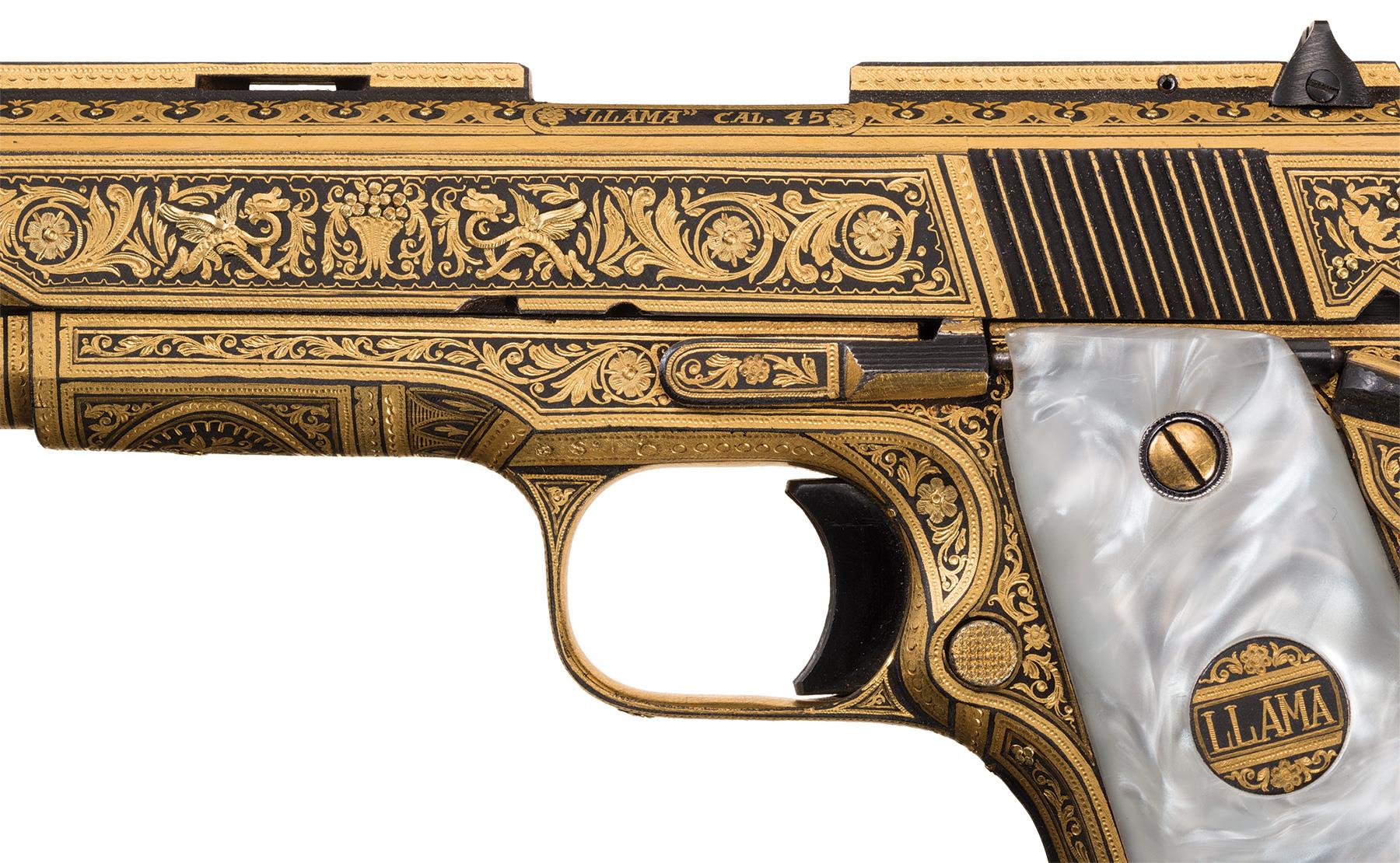 Talk about ornate. Even the magazine release looks like a Vegas casino

Six magazines came with the guns, and all are similarly plated. The set is in a custom leather case lined in red velvet– what else?

Llama made guns were extremely popular in the U.S. for generations, imported by Stoeger until 1993 and by Import Sports until the wheels fell off production in Spain.

After 101 years of operation, Llama went out of business in 2005 after more than a decade of bankruptcy struggles and closed their historic factory in Legutiano for good.

But, we still have these three wise men above, which sold at auction last weekend for a winning final bid of $9,775 against an estimated price of $3-5K.

Not a bad run.