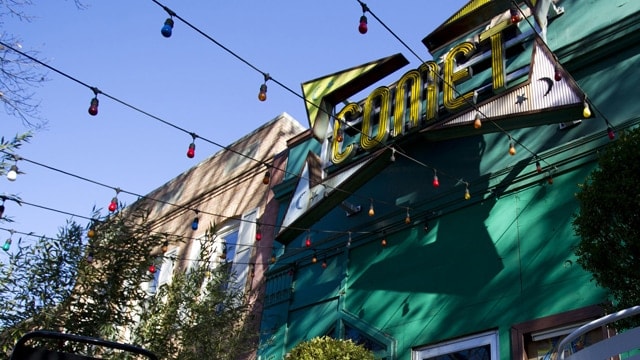 Edgar Maddison Welch said he wanted to personally investigate a story that falsely claimed there was a child sex ring being run out of the Comet Ping Pong, a pizza place in Washington D.C. (Photo: Jose Luis Magana/AP)

Edgar Maddison Welch, 28, was arrested last week after allegedly walking into the Comet Ping Pong restaurant with an AR-15 rifle and firing it. No one was injured. According to a federal complaint, Welch sent text messages to a friend about “Pizzagate” — a manufactured story that claimed the Comet was home to a child sex ring for Washington elites. The fake news story linked Democratic presidential candidate Hillary Clinton to the fictitious pedophile ring, and Welch wanted to investigate it for himself.

“I’m sorry bro, but I’m tired of turning the channel and hoping someone does something and being thankful it’s not my family,” reads the complaint, quoting Welch’s text messages. “One day it will be our families. The world is too afraid to act and I’m too stubborn not to.”

Welch was charged with interstate transportation of a firearm to commit a crime Tuesday in federal court. That’s in addition to the local charges that have already been filed.

According to court documents, Welch recorded a video during the drive from his home in North Carolina to Washington, D.C. In it, he told family members he loved them.

Witnesses say Welch walked into the restaurant with the rifle across his chest at around 3 p.m. Sunday Dec. 4. He told police he started looking for evidence of hidden rooms or tunnels after workers and customers fled the restaurant. He tried to open a locked door with a butter knife, but failed, so he shot at it with the rifle. He couldn’t get the door open so he climbed on top of some furniture to look inside and saw that the room was empty.

He admitted to having the AR-15 and a .38 caliber revolver on him, both of which he left inside the restaurant before going outside and surrendering to police. He told police he also had a shotgun and ammo in his car.

Welch was appointed a public defender and he faces up to 10 years in prison.