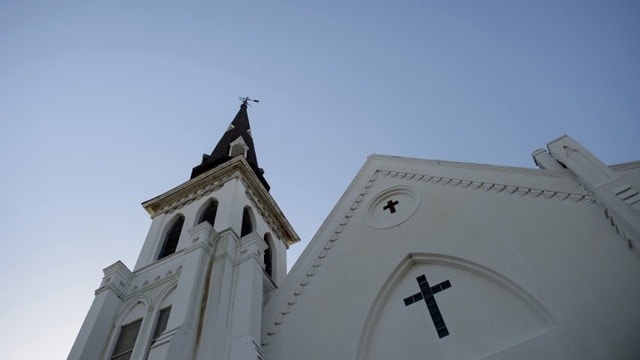 The defense and prosecution rested their cases Wednesday after testimony from a forensic pathologist revealed that alleged church shooter Dylann Roof shot each of his nine victims at least five times.

Roof, a self proclaimed white supremacist, laughed in a taped confession, telling FBI investigators “our people are superior,” referring to white people, and telling them he “researched black churches” before going to the bible study in the basement of Emanuel AME Church in Charleston, South Carolina on June 17, 2015. The 22-year-old faces 33 federal charges related to the massacre.

Testifying Wednesday, Dr. Erin Presnell said it took her four days to perform autopsies on the nine victims. Family members of victims left the courtroom as Presnell walked the jury through a slideshow and X-rays that showed the location of the victims’ gunshot wounds. The leader of the Bible study, Myra Thompson, was shot at least eight times. The oldest victim, 87-year-old Susie Jackson, was shot ten times.

After Presnell’s testimony, a survivor of the attack took the witness stand. Polly Sheppard was visiting the church for a conference and Thompson asked her to stay for the Bible study. She says Roof found her under a table praying out loud.

The defense attorneys and the courtroom audience stood in respect as Sheppard choked back tears and stepped down from the stand, according to The State. She was the 37th and final witness.

Previous testimony in the six-day trial revealed that 70 bullets at the church matched the gun found in Roof’s car after the massacre. The FBI has said there was a breakdown in the gun background system, and Roof shouldn’t have been able to buy the .45 caliber Glock handgun used to kill the nine parishioners. Gun control advocates have dubbed this controversy the “Charleston Loophole.”

After Sheppard testified, the judge called Roof to the stand Wednesday, but he didn’t want to testify.

Both sides rested their case, and closing arguments are set for Thursday. The case is expected to go to the jury by the end of the day Thursday, or possibly Friday.

Roof plans to represent himself during the sentencing phase of the trial, according to court documents. His state murder trial is set to start next month.