Family of California dementia patient says he was murdered by police 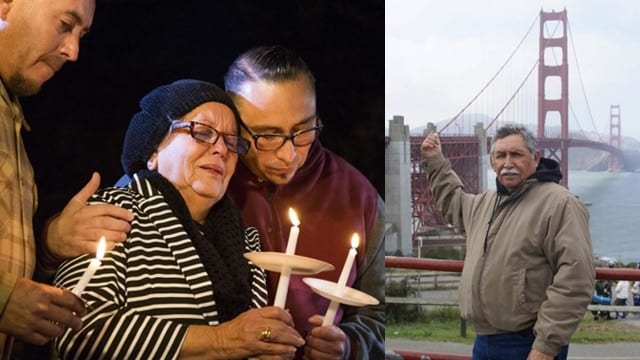 The family of a 73-year-old dementia patient is speaking out, saying police murdered him when they shot him Monday morning after someone called police and reported a man with a gun.

Police say a neighbor called 911 and said Francisco Serna approached her with one hand in his pocket. Police say she saw a dark object, and she thought it was a gun. When police arrived just after 12:30 a.m. Monday, they told him to show his hands. When he didn’t, Officer Reagan Selman fired seven rounds at Serna from 20 feet away, killing him in the driveway across the street from his home.

“My dad was murdered, I believe, for no reason,” said Laura Serna, 47, according to NBC News.

On Tuesday, Bakersfield police confirmed that Serna did not have a weapon on him. The dark object in his pocket was a crucifix, they said.

Serna had five children, 16 grandkids and five great grandkids. His family says he was diagnosed with dementia in July, and that it was getting much worse in recent weeks. They said he would get confused and agitated, but he never hurt anyone.

Eight hours before Serna’s death, he reportedly knocked on a neighbor’s door and tried to start a fight. The neighbor said Serna kept his hand in his pocket, leading the neighbor to believe he had a gun. That incident wasn’t immediately reported to police.

In the early morning hours of his death, Serna’s wife of 51 years says the couple was watching TV when she went to do laundry. When she came back, he was gone, and then she heard gunshots outside.

“I’m sure my dad was just scared to death, because he had a little paranoia with the dementia,” said daughter Laura Serna.

“This is a tragic incident,” said Lyle Martin, Bakersfield’s new police chief. “I cannot tell you enough that this community is affected by Mr. Serna losing his life.”

None of the six other officers who arrived at the scene opened fire Monday morning. Still, they and Selman have been placed on administrative leave.

“My dad did not own a gun,” said Serna’s son, Rogelio Serna. “He was a 73-year-old retired grandpa, just living life. He should have been surrounded by family at old age, not surrounded by bullets.”