No charges recommended for homeowner who shot crochet hook-wielding intruder 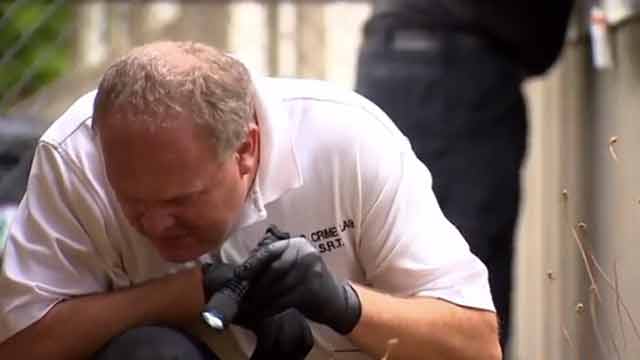 Police found a trash can propped up against the bedroom window and the suspect’s fingerprints inside the home. (Photo: KOMO)

Authorities in Mountlake Terrace, Washington, announced this week that they do not recommend any charges be filed against a homeowner who shot an intruder in August.

Said B. Osman, 27, and Jessica Bride, 19, conceived a plan to steal the 57-year-old homeowner’s guns, presumably while he was asleep. However, the plan was foiled when the homeowner, who is Bride’s uncle by marriage, shot Osman after finding him in his bedroom.

The Daily Herald reports that Osman and Bride went to the home on Aug. 30 just before midnight asking to buy guns from the homeowner, but the homeowner refused. While at the home, Osman asked to use the restroom, which Bride later admitted was a ruse to ensure a window was open so they could return later.

Eventually, the homeowner became uncomfortable with the couple’s presence and asked them to leave. Osman and Bride left, as asked, but the homeowner, still feeling uneasy about the situation, retrieved a 9 mm handgun and kept it close through the night.

Bride returned about two hours later, claiming that Osman had left her alone and without a way home. As the homeowner stood at the back door talking to Bride, he heard a commotion in the bedroom where he keeps his gun safe. The homeowner went to see what was causing the commotion and found Osman had climbed through the window and was on top of his nightstand.

As previously reported, Osman was carrying a crochet hook and, although an unusual item to choose as a weapon, authorities say his intent was to harm the homeowner. But the homeowner opened fire, striking Osman in the chest, causing him to fall backwards and out of the window.

When police arrived on the scene, Osman was found lying in the road. He remains in the hospital, where he is under sedation and on a ventilator, according to Mountlake Terrace police Cmdr. Doug Hansen. If he survives, he will be charged with first-degree burglary upon his release from the hospital.

Bride pleaded guilty to burglary and spent a month in jail, but was recently arrested again on a parole violation.