Pearl Harbor survivor dies at the age of 99 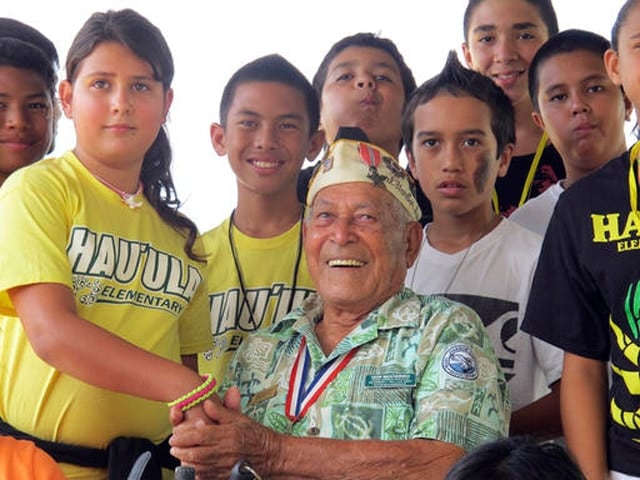 A U.S. Army veteran who survived the attack at Pearl Harbor and later went on to volunteer at the memorial site died Monday at the age of 99.

Herb Weatherwax, known to many as “Uncle Herb”, was born and raised in Hawaii, and drafted in June 1941.

Six months later, Weatherwax was stationed in Oahu but on a weekend pass in Honolulu when the Pearl Harbor attack occurred on the morning of Dec. 7, 1941, and left more than 2,300 servicemen dead. Weatherwax said he heard the explosions, then saw the USS Oklahoma capsized and the USS Arizona engulfed in flames.

Later in his life, Weatherwax spent several days a week volunteering at the visitors center and memorial site for the USS Arizona, which eventually sank after being bombed in 1941. He got around the site on a motorized scooter, while wearing an embroidered “Pearl Harbor Survivor” cap, posing for photos and offering education where possible.

“This is my reason to continue to keep going,” Weatherwax said of his volunteering in a 2013 interview with The Associated Press. ”Otherwise, it’s time for me to say goodbye.”

Edean Saito, program services manager for Pacific Historic Parks, confirmed that Weatherwax continued to volunteer right up to the time of his passing. In fact, he attended a ceremony just last week commemorating the 75th anniversary of the attack.

Weatherwax’s daughter, Carrie, said her father “was ready” and died a “strong yet peaceful death.”

“As with this ‘Greatest Generation,’ Papa left this earth with dignity and grace,” she added.