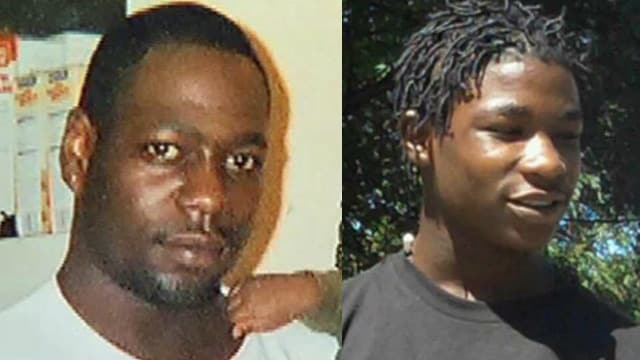 The council voted to award $3 million to the estate of Cedrick Chatman, 17, and $2.36 million to the estate of Darius Pinex, 27. Chatman was shot and killed by police in 2013 after stealing a car and running from two plainclothes officers. Police said they thought he pointed a gun at them, but he was holding a cell phone case. Pinex was shot and killed during a 2011 traffic stop after he was asked to get out of a car, but instead threw it in reverse. Officers opened fire, killing him. Both Chatman and Pinex were black.

The killings are two of many that have seen the Chicago Police Department and Mayor Rahm Emanuel embroiled in controversy over their handling of police shootings. One high profile incident, the police shooting of 17-year-old Laquan McDonald, spurred a Justice Department investigation into the police department after police reports drastically differed from a video that captured the killing.

At a meeting on Monday, the City Council’s finance committee discussed whether to recommend that the full City Council should award the $3 million Chatman settlement. First Assistant Corporation Counsel Jane Notz told committee members the city probably would have had to pay “far in excess” of the $3 million if a jury saw a video of the shooting.

The video was released in January 2015 after a years-long fight by the family. Like the McDonald shooting, the video contradicts police statements, something Alderman David Moore said he was concerned about.

“We have to stand behind our officers. But we can’t keep allowing officers to cover up wrongdoing,” said Moore at the Monday meeting. “These incidents keep happening. It has to stop.”

The city of Chicago has paid out more than $500 million in police misconduct cases in the last decade.

Wednesday’s City Council meeting also saw a sort of classic Chicago scene. The World Series trophy was on display in the council chambers, and aldermen joined Mayor Emanuel in celebrating the world champion Chicago Cubs. But as that ceremony wrapped up, news broke that South Side Alderman Willie Cochran had been indicted on federal criminal charges.

The retired Chicago police sergeant is accused of shaking down a lawyer and a liquor store owner. As the World Series celebration wrapped, and aldermen stood to clap, Cochran bolted from the council chambers, avoiding a throng of reporters and cameramen who followed him up to his office. He refused to comment. Longtime Alderman Edward Burke, a member since 1969, said he’d never seen an alderman get indicted while attending a council meeting.