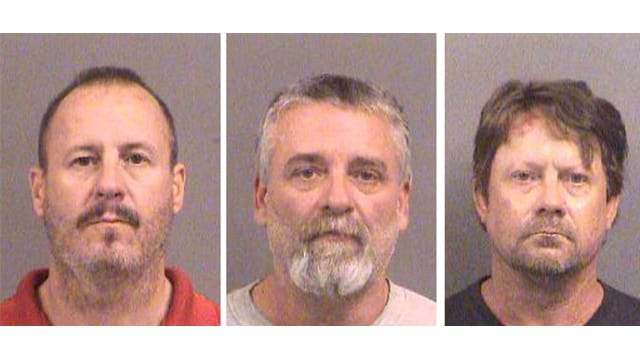 A superseding indictment, one that replaces a prior indictment, was filed Thursday against three men in connection with a plot to bomb Somali immigrants the day after Election Day last month. Federal prosecutors say Patrick Stein, Gavin Wright, and Curtis Allen are members of a militia group called The Crusaders. The three men were again charged with conspiring to use a weapon of mass destruction, a charge they’d previously pleaded not guilty to.

“He has no criminal history and is not prohibited from possessing or using lawful firearms,” said Wright’s lawyer, Kari Schmidt.

The men are accused of planning to detonate truck bombs on Nov. 9 at apartment complex where 120 Somali immigrants live in the western Kansas town of Garden City. There’s also a mosque at the complex. The plot was never carried out and the men have pleaded not guilty.