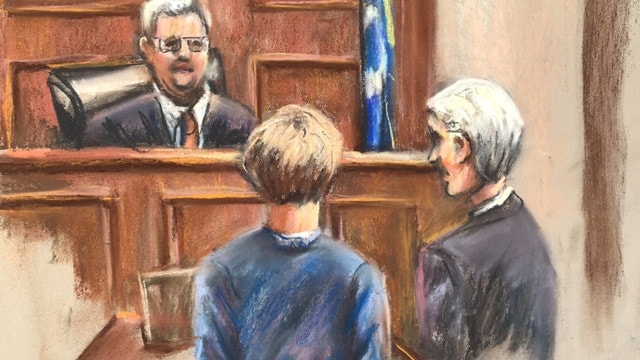 A jury took only two hours Thursday to find the white man accused of gunning down nine black parishioners at a church in Charleston last year guilty of all 33 federal offenses charged against him.

Dylann Roof, 22, opened fire during a bible study at the Emanuel African Methodist Episcopal Church in Charleston, South Carolina on June 17, 2015. During his trial, which began Dec. 8, federal prosecutors painted Roof as a self-radicalized white supremacist who researched the historically black church and scouted it a half-dozen times before carrying out the crime.

During opening statements last week, Roof’s defense team acknowledged his guilt, but instead asked for leniency in sentencing.

The jury will reconvene Jan. 3 to determine Roof’s fate — life in prison without parole or death.

Roof will represent himself during the sentencing phase of the trial, despite advice from U.S. District Judge Richard Gergel that it was “strategically unwise.”

Roof’s chief defense lawyer, David I. Bruck, argued Thursday his client’s insistence on dismissing his legal team is further proof of his mental instability and that he is not fully accountable for his actions, according to the New York Times.