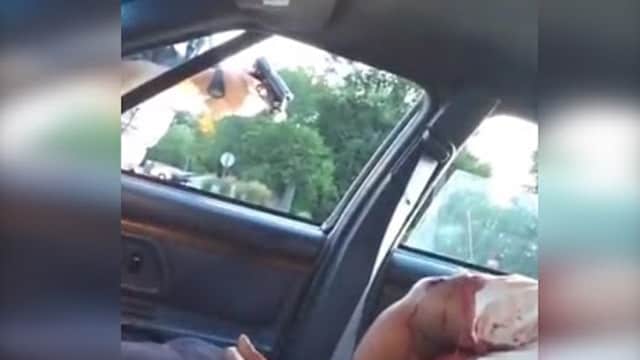 The aftermath of the police shooting of Philando Castile was captured by his girlfriend and posted live on Facebook. (Photo: YouTube)

In the wake of the deadly police shooting of Philando Castile last summer, the Justice Department announced Thursday that it will start work on a review of the St. Anthony Police Department in Minnesota.

The department requested the review. It will look at everything from interactions with the public to hiring practices, and will offer recommendations for improvement.

“This is a thing we can do that will move equity forward,” St. Anthony Village Mayor Jerry Faust said Thursday, according to KARE. “This is not the only tool in the toolbox, but it is one that will help us at least identify issues, and make systemic changes as we need to.”

The village is the 16th city in the country to have such a review. With 25 officers, the department is the smallest one yet to be reviewed. But Ronald Davis, the head of the Office of Community Oriented Policing Services, says 75 percent of departments nationwide have 25 or fewer officers, so the St. Anthony review could have insights for several departments all over the country.

“This should be seen as a positive, in that I see now a community, a police department that wants to make a difference in the community,” said Davis.

St. Anthony Officer Jeronimo Yanez has been charged with shooting Castile seven times on July 6 during a traffic stop. Yanez faces second-degree manslaughter and other charges. Castile told Yanez he had a license to carry the weapon, something Yanez disputes.

Attorneys for Yanez asked a judge Thursday to dismiss the charges because Castile was “stoned” and he acted in a way that contributed to his death.