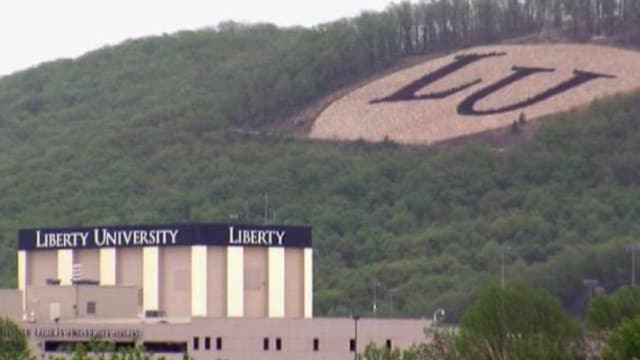 The private, conservative Liberty University is working on a $1 million dollar, state-of-the-art shooting range set to open next year.

The new complex will be built into the mountainside of the Lynchburg, Virginia campus, and will feature pistol, rifle and shotgun facilities, according to the Washington Post. University president Jerry Falwell Jr. says it will be one of the most expansive firearms ranges on any college campus in America.

“We have a very pro-Second Amendment student body,” Falwell said, touting the uniqueness of the institution, which already includes an equestrian center and a year-round snowless skiing facility.

The Evangelical Christian school allows faculty and staff to carry concealed handguns on campus. Virginia law prohibits the carrying of firearms on public school property, but Liberty is a private institution. More than 1,600 people have taken a free concealed carry course the University offers, but only 20 of the 8,000 students who live on campus have the proper permit to carry.

Falwell says he wasn’t sure how parents would feel about such efforts when he talked about it at an event.

“I was a little timid about telling parents about it because I thought some would be worried,” Falwell said. “But I never got such enthusiastic applause.”

The 13,000 square-foot indoor range, as well as outdoor ranges, will open next fall.