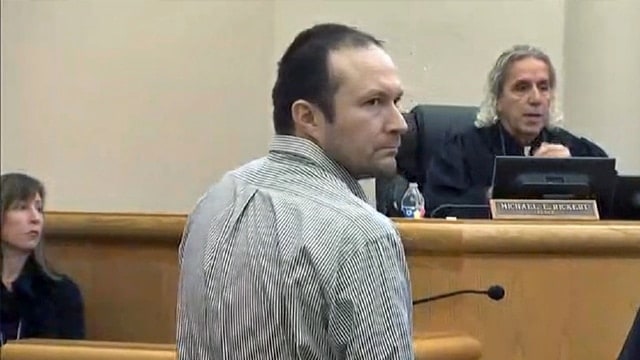 A man suspected of shooting and critically injuring a police officer in Washington Thursday evening had previously avoided a life sentence in a 1998 plea deal.

A Skagit County judge ordered $1 million bail for 44-year-old Ernesto Lee Rivas Friday. Police say officers responded to a call of a man shot in Mount Vernon Thursday evening, and when they got there, Rivas began shooting at police. One officer was hit in the back of the head and was rushed to the hospital, where he had surgery.

According to the Seattle Times, Rivas pleaded guilty in 1998 and was sentenced to 15 years in prison for abducting and interrogating four people. He pleaded guilty, and avoided a three-strikes conviction which would have seen him locked up for the rest of his life.

“He is a prime example of a predator, and I want the court to know this (plea agreement) angers me,” said Yakima police Detective Eric Walls following the 1998 sentence. “He deserves a lot more.”’

“There must have been 50 rounds,” said neighbor Mike Ullom. “At one point, he (the shooter) was shooting at the helicopter overhead. And the cops were shooting all the lights out on the power poles. I saw the SWAT team move in front of us. There were cops everywhere.”

Rivas was taken into custody at 1 a.m. Friday morning. In court on Friday, prosecutors said he’s being held on investigation of attempted first-degree murder. Prosecutors have until 4:30 Tuesday to charge Rivas.

Two juveniles were also arrested in connection with the standoff.