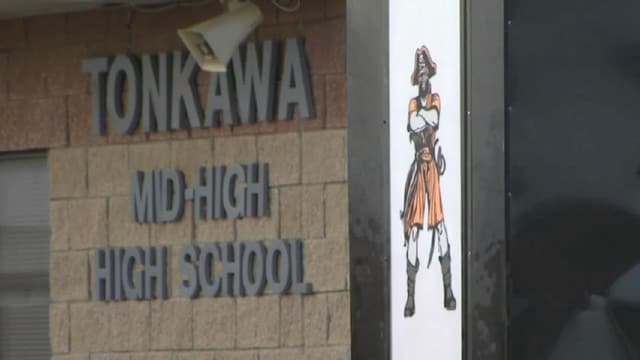 Authorities in Tonkawa, Oklahoma, say a tragedy was averted thanks to a tip from the parent of a 13-year-old girl who was plotting a mass shooting at a local high school.

Apparently, the parent and child were having a conversation when the parent became aware of the disturbing plan. The parent, in turn, contacted authorities, who discovered the teen girl had access to numerous weapons and ammunition.

In addition, the girl, who was not a student at the school but familiar with several students, had composed a “hit list.” According to Tonkawa Corporal Nick Payne, an investigation determined the girl was “ready to take action.”

The girl was charged with threats to perform acts of violence, which is a felony and is being held at a juvenile detention center.

“The big takeaway from this is the great communication and the relationship the community has with the police department,” Payne said.

Payne also noted the incident demonstrates even small towns, like Tonkawa – located about 90 miles north of Oklahoma City with a population of just over 3,000 – aren’t immune to threats of violence.

Authorities say the teen acted alone and the parents of the students on the list were notified of the situation.