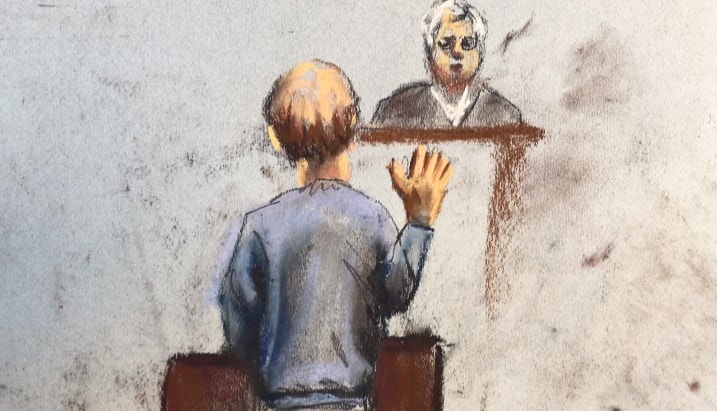 Dylann Roof doesn’t want his mental health to influence jurors when they decide next month whether he should receive the death penalty for shooting nine parishioners inside a Charleston church.

According to a handwritten motion he filed Friday, Roof states that he will not present evidence or call on experts to testify on his mental health to the jury during the penalty phase of his trial. The jury, which handed down guilty verdicts Thursday on all 33 charges, will begin hearing arguments Jan. 3 to determine Roof’s fate — life in prison without the possibility of parole or death. 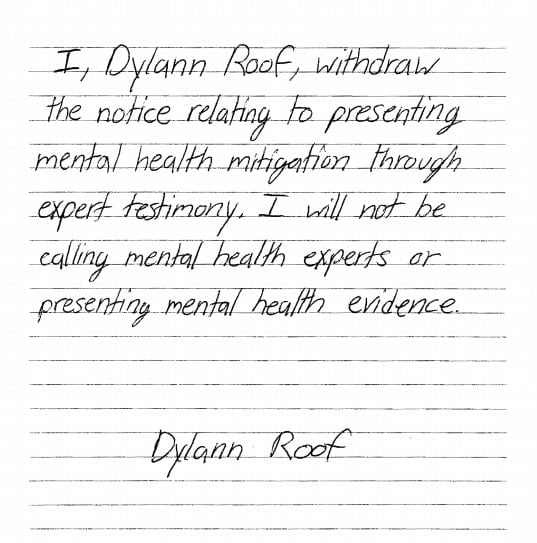 The handwritten motion was filed Friday requesting no mental health evidence be presented to the jury during the penalty phase of Roof’s trial. (Photo: U.S. District Court)

Roof’s decision to forgo any mental health evidence isn’t a surprising move. In addition to preventing his attorneys from delving into his mental state during the trial, Roof’s personal, racist, rant-filled journal attested to his belief that psychology is a hoax.

“It is a Jewish invention and does nothing but invent diseases and tell people they have problems when they don’t,” Roof wrote.

Roof’s mental health has been questioned since the start of the trial with the judge temporarily halting jury selection in November to assess Roof’s mental state. Eventually Gergel ruled Roof was fit to stand trial and ordered jury selection to resume.

In addition to refusing mental health evidence and experts, Roof notified the court Thursday that he intends to represent himself during the final stages of the trial. Roof’s attorneys pointed to their dismissal as evidence that Roof is mentally unwell. The judge called the move “strategically unwise” but signed off on the decision Friday.

Roof has until Jan. 3 to change his mind and opt for legal representation.