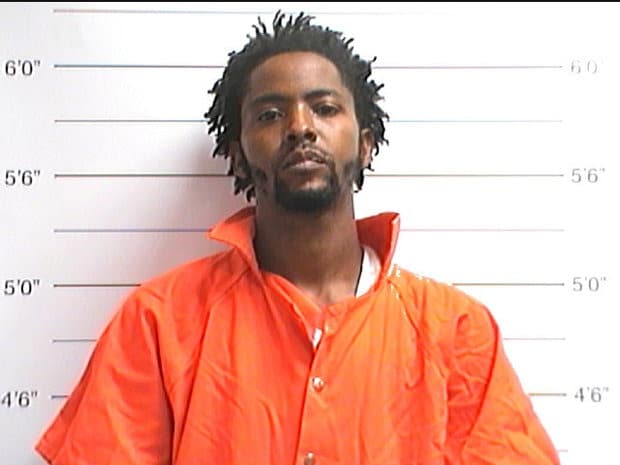 Andre Satcher, 28, was booked Saturday morning on two counts of carjacking, two counts of armed robbery with a firearm, possession of a firearm by a felon and a slew of traffic violations. (Photo: Orlean Parish Sheriff’s Office)

A driver opened fire on his would-be carjacker early Saturday morning in what New Orleans police are indicating was self-defense.

Police say the driver fired multiple times at alleged carjacker Andre Satcher, 28, after he “made a motion” that prompted the driver to fear he’d be shot. One bystander was hit by a stray round, but was treated for a graze wound to his hand and later released from the hospital.

New Orleans Police Department Eighth District Commander Nicholas Gernon told reporters during a press conference Saturday afternoon that the driver will not be charged in connection with the shooting.

“At this point, we feel as though he was acting in response to a threat to his life,” Gernon told reporters. “But we will put the entire package together for the district attorney’s office to give them the opportunity to review our work independently, and see if there’s anything there he might have some criminal culpability for.”

“At this point, he is the victim of a carjacking,” Gernon added.

The altercation unfolded around 1:30 a.m. Saturday after the driver, who was using a ride-sharing app, picked up a local female passenger from a hotel on Canal Street.

As the vehicle pulled up to a stoplight at a nearby intersection, police say Satcher jumped out of a silver sedan with a gun in his hand and demanded the 35-year-old driver and his passenger out of the car. The driver initially complied, but as he exited the vehicle he retrieved a handgun stowed in the driver’s side door and began shooting.

As bullets whizzed by, the panicked carjacker jumped into the vehicle and sped away, nearly hitting two NOPD officers conducting traffic control. The carjacker hit three vehicles in his attempt to evade police, before leaping out of the car and attempting to flee on foot. Officers say he made it only a few steps before he was apprehended.

Satcher is charged with carjacking, armed robbery with a firearm, illegal carrying of a firearm by a felon on top of a host of traffic violations. Bond is set at $400,000.

Court records indicate this isn’t Satcher’s first run-in with the law. He was arrested in 2009 for aggravated assault with a firearm, second-degree kidnapping and first-degree murder. Both the kidnapping and murder charges were later refused.

Uber, along with other ride-sharing platforms, has a strict no-gun policy for both drivers and passengers.