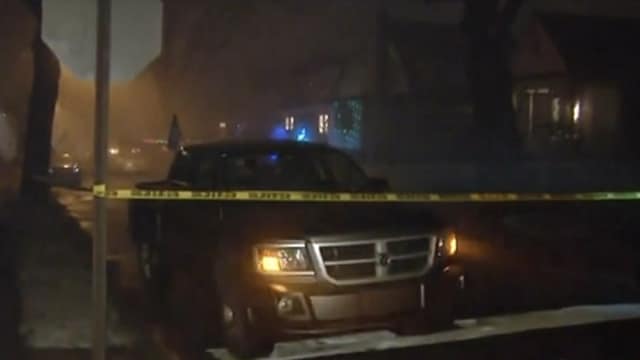 One robbery occurred at an auto repair shop while the second targeted a pizza delivery driver. (Photo: CBS)

Two attempted robberies in Philadelphia over the weekend were stopped when both intended targets fought back against and fired at their assailants.

The first attempted robbery occurred at an auto repair shop around 6:30 p.m. in the Elmwood area of the city. According to local reports, after the armed robber entered the shop, the owner shot the suspect a total of three times – once in the chest, once in the shoulder and once in the buttocks.

When police arrived on the scene, the 30-year-old suspect was transported to a local hospital. As of Sunday night, he remained in critical condition.

Police say they recovered a weapon from the scene. Neither the suspect or the shop owner’s names have been released.

The second incident unfolded about three hours later, shortly after 9:30 p.m., when a pizza delivery driver was making what he thought was a delivery in a northeast neighborhood.

As the 52-year-old driver, who police confirmed is licensed to carry a concealed firearm, walked up to the house where he was supposed to make the delivery, he was jumped from behind by the suspects. They initially made off with $82 from the driver, but as they attempted to make their escape, the driver opened fire, striking one of the suspects in the leg.

Authorities were able to track down the suspects at a nearby home, where both were promptly arrested. The 19-year-old injured suspect was taken to the hospital for medical treatment and was last listed in stable condition.

Police say they have reason to believe the suspects, who have not been publicly identified, are connected to other area robberies. Authorities also believe the delivery was a set-up from the beginning and robberies aimed at delivery drivers are on the rise.