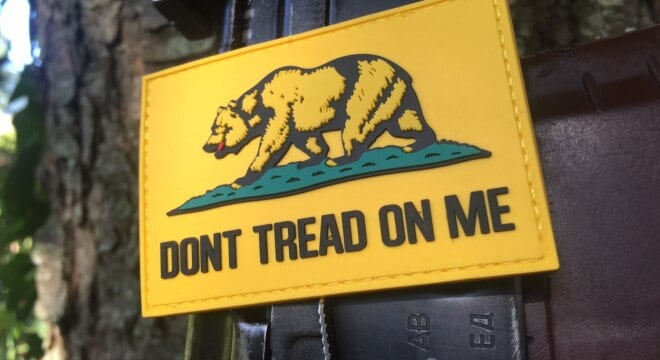 Californians with grandfathered magazines capable of holding more than 10 rounds could be under the gun of pending rules from the state Department of Justice (Photo: AllBakeliteEverything.bigcartel.com)

“There are likely hundreds of thousands of large-capacity magazines in California at this time,” says DOJ’s finding of emergency. “In recent years, there has been an increase in these types of firearms on the market. The Department therefore expects many gun owners to be affected by the new ban.”

According to the proposal, owners could remove the magazines from the state entirely, sell them to a dealer with a Large Capacity Magazine Permit, turn them into the authorities for no reimbursement, or modify them so they’re permanently capped at 10 rounds or less. The proposals also details a number of options to modify magazines in circulation:

Those who fail to comply may be fined as much as a $100 on the first offense and up to $500 on subsequent offenses, the proposal says.

Also, dealers that obtain a permit could still sell the magazines to local or state law enforcement officer, but need to maintain sales records like photocopies of their credentials, the proposal says.

Unlike a similar prohibition enacted by state lawmakers in 1999, the new laws do not grandfather-in high-cap magazines currently owned, but rather require all magazines circulating in the state to be reconfigured.

Under California guidelines for emergency rulemaking, the proposed regulations could take effect in as few as 17 days. However, the process requires the state Justice Department to hold a five-day public commenting period, which is expected to begin as soon as Wednesday.