New Orleans man sues, becomes only resident who can own stun gun 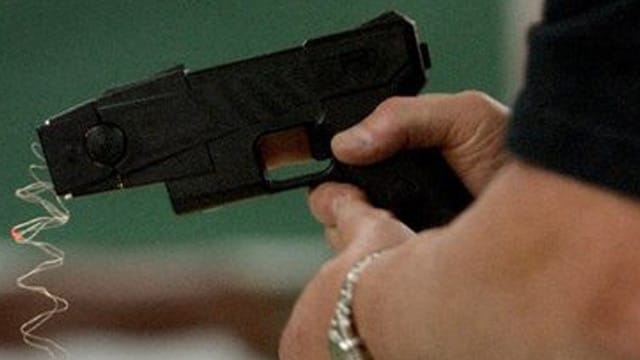 After suing the city of New Orleans, and the NOPD, a New Orleans man is the only private citizen who can carry a stun gun, at least for now.

John Ford filed a lawsuit against the city last month arguing that its stun gun ban violates federal and state constitutional rights to bear arms. In a deal struck between city officials and Ford on Wednesday, he’ll be able to purchase and carry a stun gun for at least 90 days “anywhere a firearm is allowed to be carried either openly or concealed,” according to the stipulation order. The move will postpone an injunction on the city’s ban, and officials “may” tweak the municipal code that bans the devices, according to court records.

“They’re going to have to figure that out,” said Ford’s attorney, Stephen Stamboulieh. “We may have to go through several iterations” of a code rewrite, he said, according to the Times-Picayune.

In the lawsuit, Ford said he wants a stun gun in his home for self-defense. He also wants to be able to avoid using deadly force in the event someone tries to attack him.

The state of Louisiana allows residents to buy and carry a stun gun without a permit, but local jurisdictions can prohibit them. New Orleans does just that, lumping them in with other prohibited weapons such as blackjacks, metal knuckles and switchblades.

Stamboulieh was involved in the lawsuit that led to Porrino’s change in tune.

“We’re starting to bring these suits across the country,” said Stramboulieh. “Hopefully, they’ll fix the issue.”