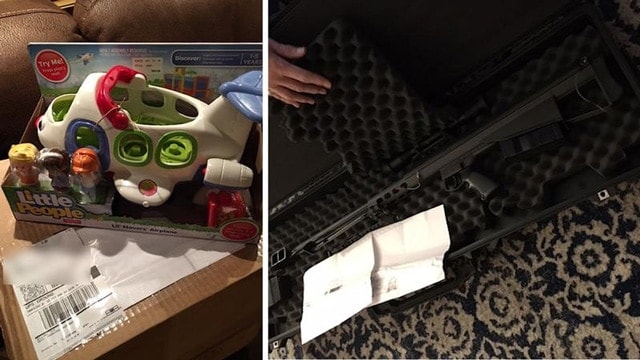 A couple from New York received quite a surprise last week when a package they believed was a toy train turned out to instead be a gun.

The man and woman were in their Oceanside home with their 6-year-old granddaughter when they opened the package, which was delivered by UPS. Upon seeing the contents, which included copies of an Arizona man’s driver’s license and concealed carry permit, they immediately rushed the girl out of the room and called the police.

Authorities took the weapon and the couple eventually received the toy train for which they were waiting.

In a statement, UPS called the incident “highly unusual” but also confirmed that it is perfectly legal to ship firearms, provided certain requirements are met. Of course, those shipments can only be sent to licensed manufacturers, dealers, distributors, and collectors.