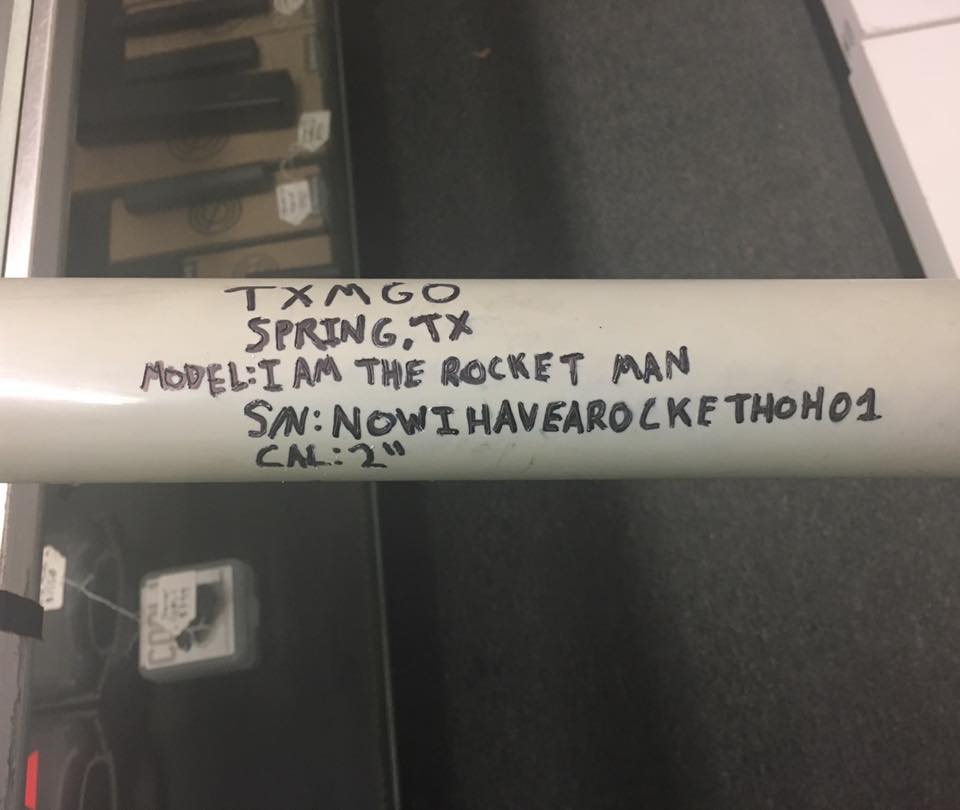 Texas Machine Gun & Ordnance argues that the current National Firearm Act limits their ability to make explosive missiles. Rockets on the other hand…

Over the weekend the company announced their legally registered “I AM THE ROCKET MAN” explosive rocket. The group maintains that current regs for Destructive Devices allow for “(C) rocket having a propellant charge of more than 4 ounces, (D) missile having an explosive charge of more than 1/4 ounce,” and they intend to create an unguided rocket with an explosive warhead. 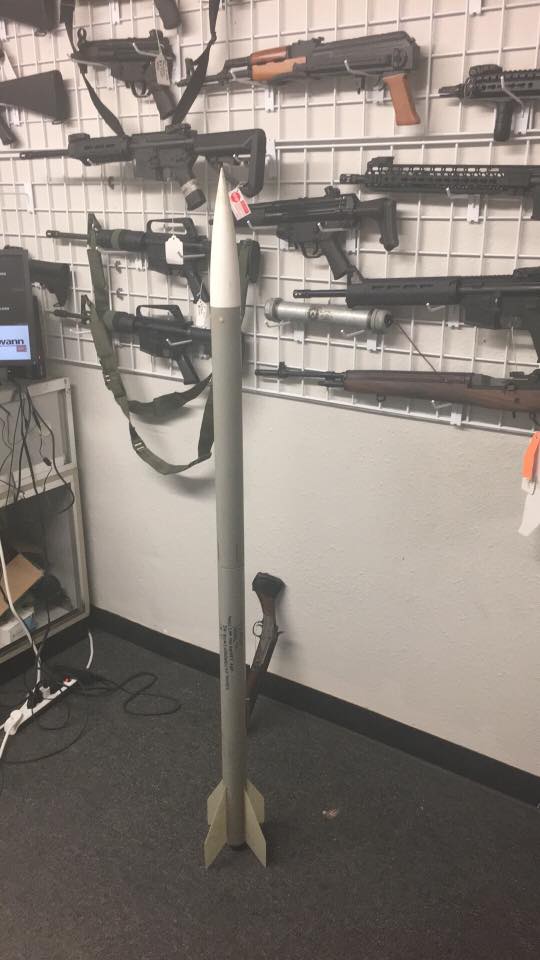 “Since we can legally build missiles, there’s no reason we can’t become The Rocket Man, and convert a model rocket to an armed rocket,” noted the company, who earlier this year gained a fair bit of notoriety in selling NFA-compliant Molotov cocktails and pipebombs. “We have an inquiry in to the FAA, to see what we need to do to stay legal in launching them.”

The shop says it is not armed yet, and they are at least 2-3 months from firing it.

“We still need to figure out many things; such as the weight and balance, suitable engines, a safe and reliable fusing mechanism for the warhead, and especially how we can legally launch it according to the FAA,” notes TXMGO. “But these will all be figured out; so we can have a 100% legal unguided explosive rocket, to be flown in strict compliance with all relevant laws and regulations.”

If that doesn’t spell Christmas NFA weapons, we don’t know what does.