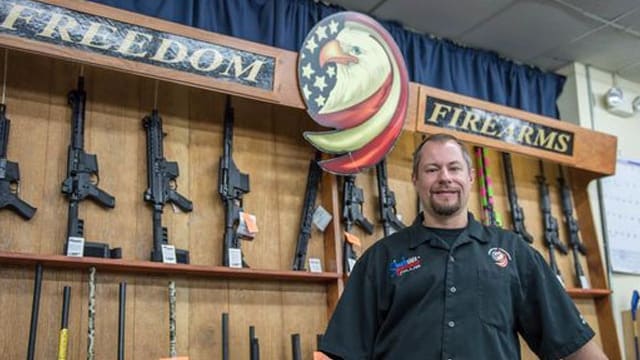 A British camera crew spent a week at a gun store in Battle Creek, Michigan, and now the documentary is screening in that town.

The 50-minute documentary was produced by Britain’s Channel 4, according to the Battle Creek Enquirer. It was filmed at Fulton’s Freedom Firearms and is called “The Gun Shop.”

“Most of the footage they took stayed inside the shop because that was the name of the documentary,” said shop owner Joel Fulton. “It’s ‘The Gun Shop,’ which is supposedly real controversial over there in England. That’s a snazzy title. Here, I’m like, ‘You couldn’t have picked something better?’”

Fulton says he feels the documentary, which is streaming online, accurately portrayed what it’s like to visit his shop. He said he thinks that’s important, given that people in other countries struggle to understand American gun culture.

“All they see in England and Europe is the negative side of firearms,” Fulton said. “They’re constantly being demonized. They’re instruments of destruction and death and all we have is mass shootings and if you come to the United States, you’re going to get yourself killed. That’s the perception they have there. What (the filmmakers) really wanted to portray was an accurate and truthful description of what the American gun culture really is outside of all the sensationalized media.

“And I think they accomplished it quite well.”

The documentary aired on British TV in November.