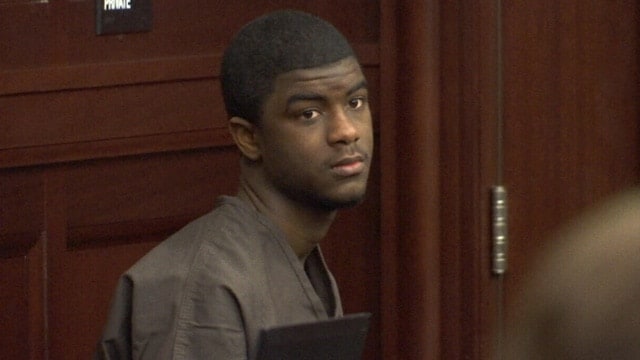 Sharron Townsend, 15, is charged with second-degree murder for the fatal shooting of a homeless man in Jacksonville two years ago. (Photo: News4Jax)

The State Attorney’s Office in Florida on Monday released a video showing the interrogation of a 12-year-old boy who is currently on trial for the brutal slaying of a homeless man in the summer of 2014.

Sharron Townsend, who is now 15-years-old, spoke softly with short answers as investigators questioned him about the shooting death of 54-year-old Thomas Trent, whose lifeless body was found just after 7 a.m. on June 28, 2014, in an alleyway outside of a vacant Jacksonville business.

“Are you the type of person who just doesn’t care about anybody, and you’re just that evil at age 12? I don’t know any 12-year-old or 13 — I don’t know any kid your age like that. Are you evil?” the lead detective could be heard saying in the video, which was published by local media.

Townsend’s reply was a simple, “No.”

The boy’s mother even entered the room and tried to get Townsend to talk.

“They’re trying to put you away for life, your whole life,” she said. “So basically, if you don’t say nothing, everything is on you.”

Townsend, who was with another boy at the time of the murder, repeatedly changed his story about the events leading up to the death of Trent, who was found with a single gunshot to the head from a .22-caliber handgun. The weapon was never recovered.

Eventually, Townsend confessed to the murder and formally pleaded guilty to second-degree murder in June 2016. 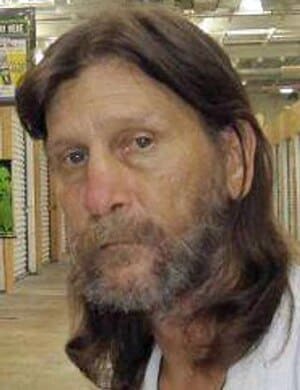 Thomas Trent’s family said he was robbed of all his belongings just two weeks before he was killed. (Photo: News4Jax)

Kim Sirdevan, the Chief Clinical Officer with the Youth Crisis Center in Jacksonville, previously said the extent of the violence surrounding Trent’s death is typical for gang activity or initiations. However, Townsend had no such known affiliations and police believe the slaying was completely random and not motivated by another crime. Sirdevan also said 12 years old is exceptionally young for such violence, noting that even the youngest kids seen in the center are usually two or three years older.

“I cannot tell you a reason. To me, the best way to describe it is a horrible, spontaneous event,” Assistant Police Chief Chris Butler said when Townsend was charged. “I can’t give you an explanation as to why it happened.”

Townsend, who is being tried as an adult, is scheduled to be sentenced in February and faces 10 to 40 years in prison. Townsend will remain in a juvenile facility until the age of 18, at which point he will be moved into the adult population.