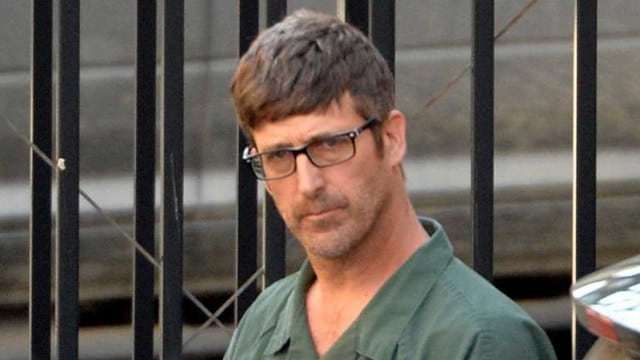 A man from upstate New York who was building a radiation gun gun to use against Muslims will spend the next three decades in a federal prison, a judge determined in U.S. District Court Monday.

Glendon Scott Crawford, who can be seen in the above video being taken into custody following an undercover investigation, is an admitted member of the Ku Klux Klan. He described the device he was building as “Hiroshima on a light switch.”

In addition to believing Muslims should be eradicated, Crawford said President Obama had “sold us out to the Muslim world” and “should be hung” for treason. He also indicated that he believed the case against him came straight “from the President’s desk.”

While handing down Crawford’s sentence, which was preceded by a long rant about physics, federal statutes and the fall of the Soviet Union, the judge said Crawford showed no remorse for his actions.

“You can’t come to grips with who and what you are,” the judge told Crawford. “It’s not up to you to be deciding who lives, who dies.”

Crawford was convicted by a jury last year on the charges of attempting to produce and use a radiological dispersal device, conspiracy to use a weapon of mass destruction and distributing information relating to weapons of mass destruction, following an arrest that stemmed from an undercover operation.