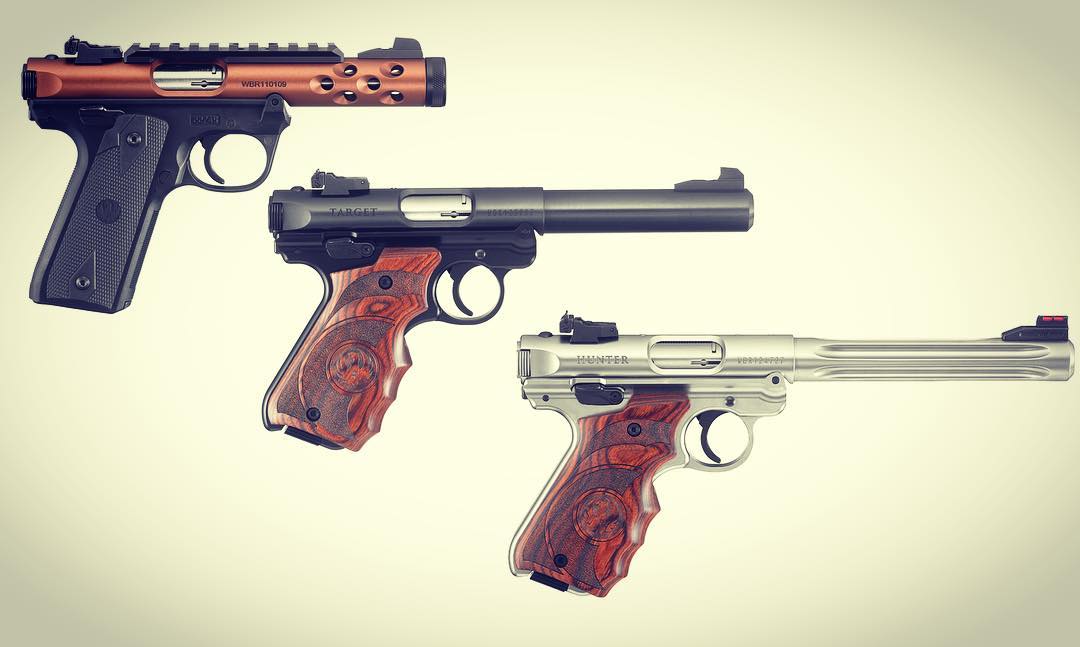 Ruger is adding new models to their Mark IV line to include wrap around target grips and a 22/45 Lite version. (Photos: Ruger)

Most notable among the newcomers are a set of smoothly contoured wood laminate target grips on an updated model of Mark IV Hunter with its distinctive 6.88-inch stainless fluted bull barrel, and on a more low-profile Mark IV Target model with its 5.5-inch bull barrel. 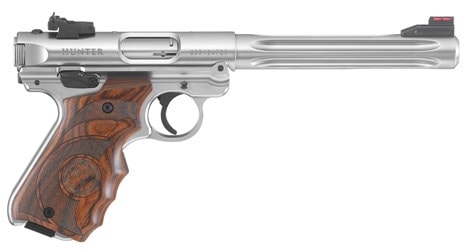 The new Hunter brings wrap around wood grips with it… 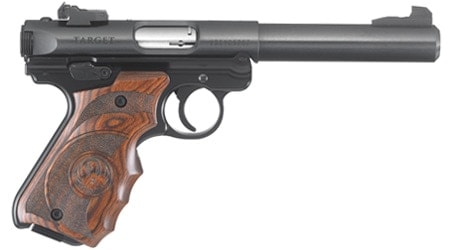 …As does the new Mark IV Target

For something different, there is also a bronze anodized Mark IV 22/45 Lite model which tips the scales at a relatively svelte 25-ounced which comes fresh from the factory with 1/2″-28 muzzie threads for your favorite can or barrel accessory. 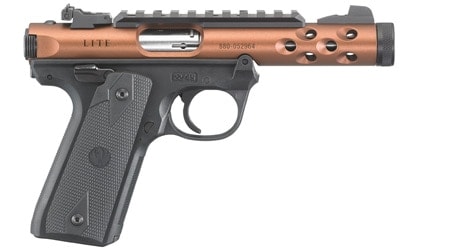 Debuted earlier this year, Ruger’s Mark IV line builds on lessons learned by the manufacturer since Bill Ruger’s iconic .22LR pistol hit the market in the 1940s. Changes include easy take down via a recessed button located under the back of the bolt and a one-piece CNC-machined stainless design for the lower frame.

Since their introduction, Ruger has reportedly stopped production on their now-legacy Mark III line, leaving the Mark IV as its obvious replacement.

MSRP for the wood laminate target grip Hunter is $799, the similarly outfitted Target $569 and the 22/45 Lite at $559. Actual store prices will invariably be somewhat less.