Some cities want to destroy seized weapons, even when they aren’t supposed to 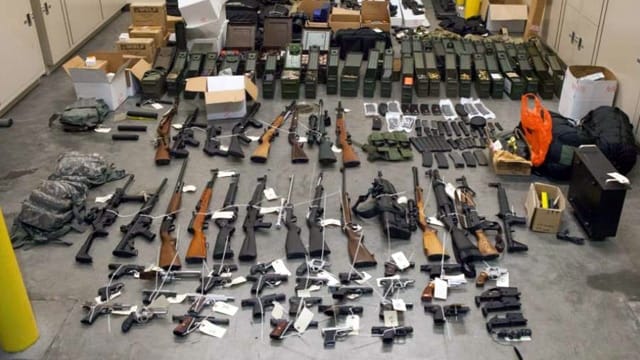 A dozen states have laws that force city governments to auction off seized guns, but some cities would rather destroy the weapons.

Officials in Tucson, Ariz. and Savannah, Ga. want to destroy guns to prevent more violence, according to a story from Fox News. The city of Tucson has destroyed nearly 5,000 guns since 2013, even though state law prohibits such activity. The state threatened legal action against Tucson, and the city said it’ll stop destroying weapons while it challenges the law in court.

Earlier this month, Arizona Attorney General Mark Brnovich asked the state’s Supreme Court to cut off state aid to Tucson over the destruction of the seized guns. Tucson got $172 million in state aid in 2015.

The city council in Savannah, Ga. are trying to get permission before destroying their seized guns.

“I favor destroying those weapons. I don’t want them sold to pawn shops or gun dealers. These guns seem to always wind up in the poor neighborhoods,” said City Councilman John Hall, noting he and his colleagues face an uphill battle as they face the gun lobby.

“There is absolutely no reason to destroy a perfectly good legal item just because the item was stolen and is now in the hands of law enforcement,” said executive director of GeorgiaCarry.org Jerry Henry.

“Did you know that a 12-year-old can walk down the streets of this city with a long gun? That’s legal,” said Hall. “We live here in a state where you can carry a gun in church or in a bar. We have gun nuts here who just aren’t for any common sense gun control.”

Like most gun rights proponents, Henry says the only people who are hurt by gun control laws are law-abiding citizens.

“Criminals will always have their firearms, regardless of laws,” he said.