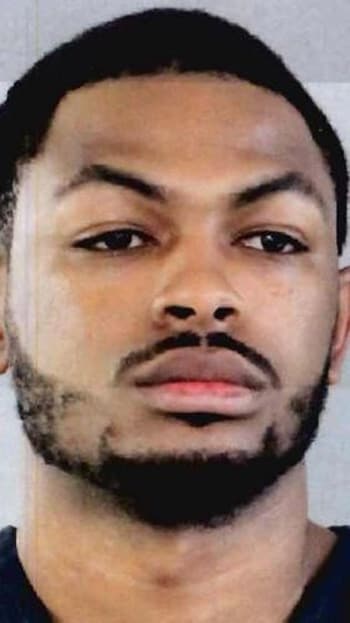 An attempted robbery in Aventura, Florida, early Sunday morning left the suspect dead after he was shot by his intended target, an Uber driver with a customer in his car.

Although the driver, 29-year-old Namique Anderson, may face disciplinary action, possibly termination, because he violated the app-based transportation company’s strict no-weapons policy, officials with the Aventura Police Department said he will not face charges, as he acted in self-defense.

“Honestly, it doesn’t matter if I lose the job,” Anderson told the Sun Sentinel in a phone interview. “I have to protect my life. That’s all I did.”

Anderson said he picked up a customer and was on his way to the Fort Lauderdale-Hollywood International Airport around 6 a.m. when the driver of a newer-model minivan pulled in front of him and abruptly cut off his Toyota Camry. At that point, the suspect, 24-year-old Kevin DeVincent Johnson, got out of the minivan and held Anderson at gunpoint while demanding valuables. Anderson said Johnson was carrying not one, but two guns.

Anderson, however, was legally armed with a handgun, which he retrieved. Anderson fired four shots, all four of which struck Johnson, Aventura police Sgt. Chris Goranitis confirmed. Johnson collapsed in the middle of the street, while a second suspect who was waiting in the minivan fled as soon as gunfire erupted.

Moments after Johnson was shot, another Uber driver happened on the scene. The second driver called 911, initially thinking Johnson had been hit by a car. Anderson and his passenger were detained while responding officers determined what had transpired, then later released once the details were gathered.

Johnson was pronounced dead and both weapons believed to be carried by him were found at the scene. An anonymous tip later led to the recovery of the abandoned minivan, which was determined to be an overdue rental car.

Authorities also learned that Johnson was the suspect in another armed robbery that occurred in Broward County just about an hour before he was killed.

Goranitis said officials believe Anderson was not specifically targeted and the crime was random.

Anderson declined to say whether he was still working for the transportation company and, Brooke Anderson, an Uber spokeswoman only said they were “reviewing the matter.”

In a similar incident, Saturday morning, an Uber driver in New Orleans opened fire on an armed suspect during an attempted carjacking. The suspect, who was no stranger to the law, was uninjured but quickly apprehended by authorities while trying to make his escape.