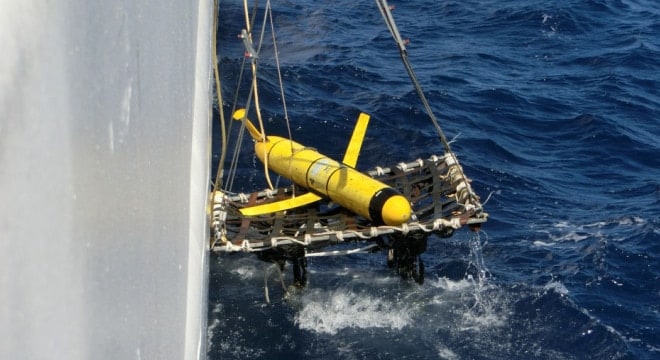 A littoral battlespace sensing-glider (LBS-G), which the Navy has been employing worldwide since 2012, similar to one briefly impounded by the Chinese navy last week. (Photo: U.S. Navy)

The Pentagon on Tuesday announced that a U.S-owned unmanned underwater vehicle seized in violation of internatonal law by the Chinese navy last week has been returned.

The guided missile destroyer USS Mustin (DDG 89) recived the vehicle, termed a littoral battlespace sensing-glider (LBS-G), from the same Chinese ship that picked it up near the same location it was taken on Dec.15.

The Chinese vessel, ASR-510, a Dalang III-class rescue and salvage ship, came within 500-yards of the U.S. Navy oceanographic survey ship USNS Bowditch (T-AGS 62) and plucked the glider from the water via a small boat while the American ship was attempting to retrieve it in international waters some 50 miles from Subic Bay, Phillipines.

The Chinese ship reportedly ignored acknowleded radio requests from the Bowditch to return the craft, sparking a diplomatic row.

The Bowditch, manned by civilian mariners under contract to the U.S. Military Sealift Command, is unarmed.

“This incident was inconsistent with both international law and standards of professionalism for conduct between navies at sea,” said Pentagon spokesman Peter Cook on Tuesday. “The U.S. has addressed those facts with the Chinese through the appropriate diplomatic and military channels, and have called on Chinese authorities to comply with their obligations under international law and to refrain from further efforts to impede lawful U.S. activities.”

Cook said the glider was on a pre-programmed military oceanographic survey.

The devices, built by Teledyne Brown Engineering, are unarmed and use changes in buoyancy to propel themselves through the ocean, being capable of remaining at sea unsupported for over 30 days on internal battery power.

As noted by Defense Industry Daily, besides gathering oceanographic data, the gliders have “obvious uses for submarine hunting, and hiding, given the effect of temperature layers on sonar propagation.”

The gliders are typically marked with “if found” labels. 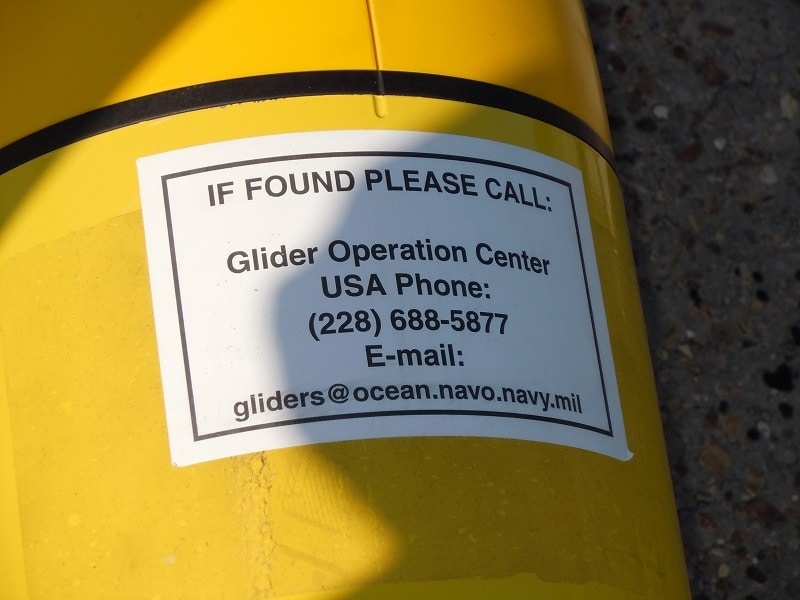