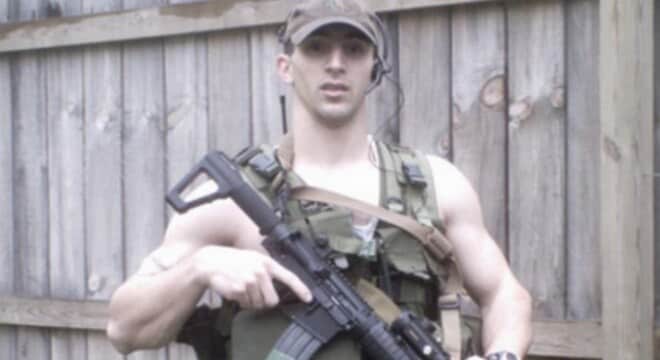 William J. Burley was sentenced this week to three years in prison, another three of supervised release and ordered to pay restitution after scamming a charity. (Photo: Don Shipley)

A California man who posed as a highly decorated Naval special warfare operator to defraud a charity of over $30,000 is headed to prison.

William J. Burley, 36, was sentenced to three years in federal prison on Monday for defrauding two non-profit organizations in 2012 for a rescue mission he never mounted. He pleaded guilty in August to wire fraud.

Burley, who claimed to be a former SEAL that received numerous citations including for service in Afghanistan, conned International Aid Services-USA, a U.S. based charity, and their Swedish-based sister organization out of $32,454 between July and October 2012. The man had approached the group and offered to help rescue or otherwise negotiate the release of three of the group’s humanitarian aid workers who were kidnapped in Somalia.

When the organizations found out Burley was a fraud, they severed their relationship with the hoaxter and the hostages were ultimately released in May 2014 without his assistance.

The same month, Burley was indicted by a federal grand jury in Rockford, Illinois for three counts of wire fraud in the plot against IAS.

Don Shipley, a retired Navy SEAL who has become something of a legend when it comes to exposing bogus frogmen, confronted Burley as far back as 2012 with military records that showed he did not attend SEAL training.

The federal charges are not Burley’s first brush with the law. He served two years of a 10-year sentence in Rhode Island for conspiracy to commit robbery in 2006, and was picked up in San Bernardino County, California in 2013 for illegally possessing firearms. At the time of that arrest, he claimed to be a Homeland Security agent.