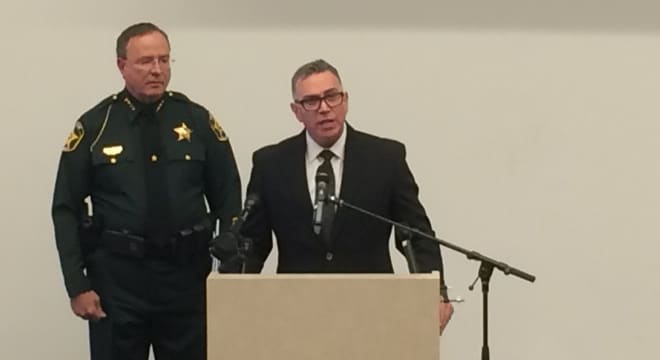 While the Sunshine State prohibits carrying concealed guns on college and university campuses, a historic private college has teamed with a local sheriff in a first of its kind program to arm faculty.

Southeastern University joined the Polk County Sheriff’s Office last week to kick off the Sentinel Program, which is designed to train and arm school staff members who volunteer to be special deputies.

SEU President Kent Ingle said they’re “committed to providing the safest learning environment possible” for the school and that trained staff will be able to “rapidly respond to any active assailant threat.”

To justify the program, they cited a U.S. Justice Department study that found that in 107 out of 160 active shooter incidents, the shooting was over before police arrived to engage the threat and that events typically lasted less than five minutes.

During the past year, Ingle has worked with Sheriff Grady Judd to design a training program that includes 132 hours of firearms and use of force classes. While volunteers will receive more than what is required by law for certified officers in Florida, they will have no authority outside of responding to an active threat on campus.

Firearms and holsters used by the armed faculty will be approved by the sheriff’s office and the campus director of security — who is a sworn deputy that reports to both the university and Judd — will keep training records.

The subject of campus carry in Florida has been contentious with both concealed and open carry banned by law with exceptions in place only for law enforcement. Lawmakers have repeatedly attempted to pass legislation to allow some form of legal carry since 2010 but, despite a shooting on the campus of Florida State University two years ago, have been unsuccessful.

Southeastern is a private Christian liberal arts university with some 3,500 students and academic staff, located on a 99-acre campus in Lakeland. Ingle said he expects the first batch of volunteer staff to begin training in January.