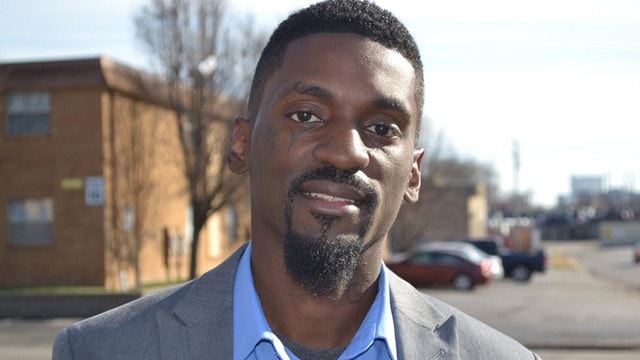 Bruce Franks, Jr. was returning a phone call when two males opened his car door, stuck a gun in his face and told him to “get the hell out of here.” (Photo: BruceFranksJr.com)

The robbers made off with Franks’s car, cell phone, a .40-caliber Smith & Wesson handgun he carried for personal protection and other items he had in the vehicle, the St. Louis Post-Dispatch reported.

“I’m glad to be alive, my car and phones and stuff are replaceable!” Franks said about the incident in a Facebook post.

According to reports, two men, one of whom was armed with a firearm, approached Franks as he sat inside his car outside of a St. Louis bar around 7:20 p.m. Franks, who supports the right to carry a firearm, said the suspects saw the weapon sitting beside him and – with a gun already aimed at him – he made the split-second decision to hand over his valuables instead of trying to fight back and risk losing his life.

“If I reached for a gun, and he already has a gun pointed at me, that’s more reason for him to shoot me,” Franks said. “I would rather both of us survive.” No one was injured during the incident.

When police arrived to the scene, the suspects were long gone. Franks said he didn’t get a good look at them, but investigators were able to get a description from surveillance video.

Police described the suspects as 19- to 24-year-old males with dark complexions and weighing approximately 150 pounds. The one with the gun was clean-shaven and the other was wearing a red bandana. While one of the suspects drove Franks’ car, the second drove off in a gray or silver-colored sedan with tinted windows and custom rims.

Franks, who addressed gun violence as part of his campaign, told reporters the incident has inspired him to introduce legislation to require gun owners to report if their guns are stolen.

“I was thinking about just how big the gun violence problem is in our neighborhoods, especially in the city,” Franks said. “Whether it’s downtown or in the Central West End, whether it’s black, white, the governor’s wife, a newly elected state representative — it’s real for everybody.”

The robbery occurred just two weeks after Sheena Greitens, wife of Missouri governor-elect Eric Greitens, was robbed at gunpoint outside of a restaurant near her home in the city’s Central West End. She was uninjured but left shaken.