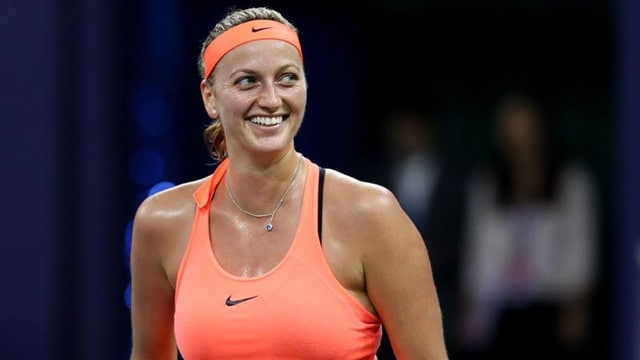 Kvitova was left with extensive damage to her left hand while fighting off her knife-wielding attacker. Kvitova’s spokeswoman, Katie Spellman, confirmed a surgery repairing tendons in all five of Kvitova’s fingers, as well two nerves went well “considering the extent of the damage.”

Kvitova told police the suspect entered her apartment while posing as a worker there to check a utility meter. A struggle ensued, which eventually led Kvitova and her assailant into a bathroom. The suspect then held a knife to her throat and as she fought to defend herself, Kvitova sliced her hand on the knife during the struggle.

Kvitova was taken to the country’s second largest hospital, some 40 miles away, for treatment. Her assailant, believed to be in his 30s, escaped and remains at large.

Despite the extent of the damage, Tejkal said Kvitova has no intentions of bringing her tennis career to an end.

“She kept saying, ‘Let them put me together fast, no matter if it takes months or years.’ She is looking forward to training again,” Tejkal said.

Likewise, in a Facebook post thanking everyone for their support, Kvitova wrote: “I am shaken, but fortunate to be alive. The injury is severe and I will need to see specialists, but if you know anything about me, I am strong and I will fight this.”