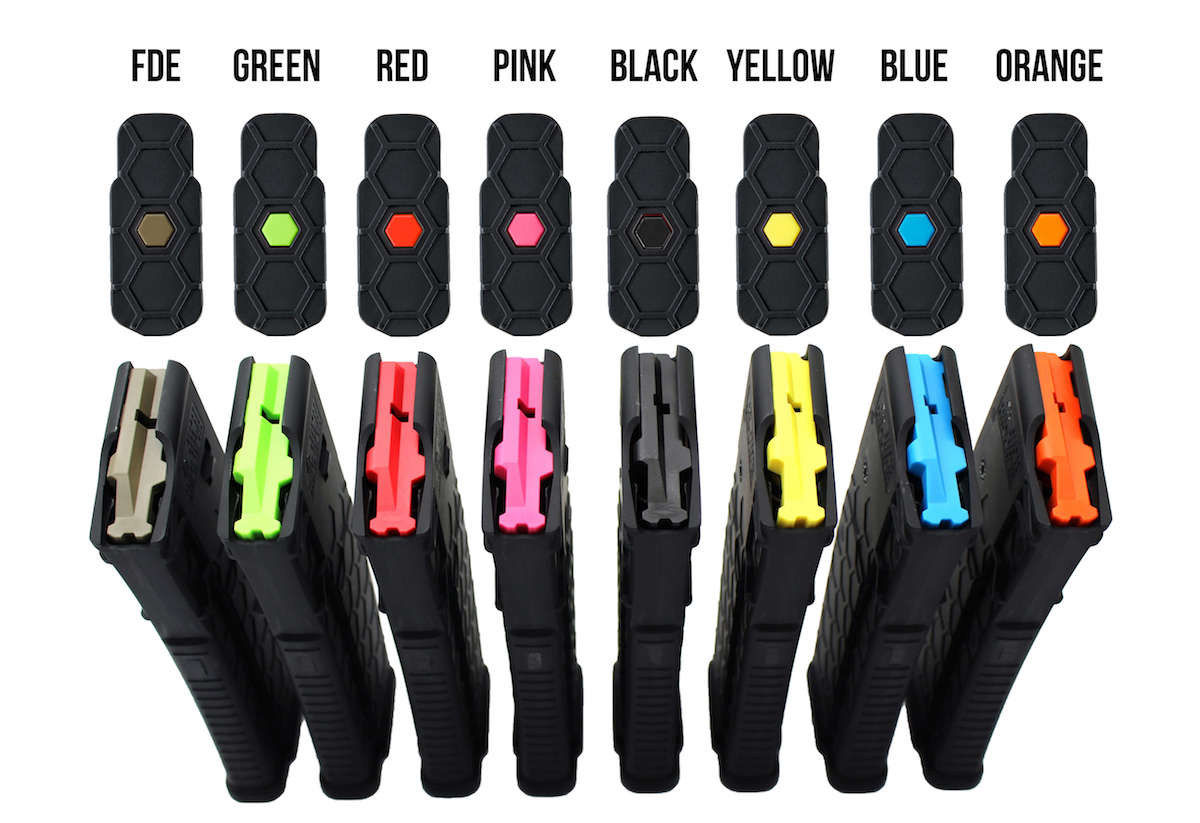 Magazine maker Hexmag has expanded its AR-15 stash by dropping a fresh, new line of AR-10 magazines slated for release in early January.

The new 20 round, AR-10 mags will feature firm seating in the firearm with a self-lubricating anti-tile follower. The rugged, PolyHex2 Advanced Composite Construction lends itself to durability and reliability even in harsh shooting environment, says the company.

The new mags will keep with the innovating Hexmag exterior patterning along with the patented HexID Color Identification System. Instead of taping or markings to keep tabs on what ammo is in what magazine, Hexmag uses color-coded floorplates and followers to differentiate between mags.

Keeping the clean-up process simple, Hexmag utilizes a tool-less floorplate that makes it quick and easy to dissemble.

Predominately sticking to AR-15 mags in the past, the makers have fielded requests on social media from fans desiring for a .308 magazine. It looks like the Colorado-based company finally bit the proverbial bullet.

“This new AR-10 magazine fills a neglected market space,” Hexmag marketing director Dave Smith said in a press release. “We did a lot of development and engineering to make a lightweight magazine with superior strength and functionality that is affordable.”

Though the mags do come with a 20 round capacity, shooters in states with capacity restrictions unfortunately won’t be able to get their hands on these.