The incredible story of the Christmas Truce of WWI (VIDEO) 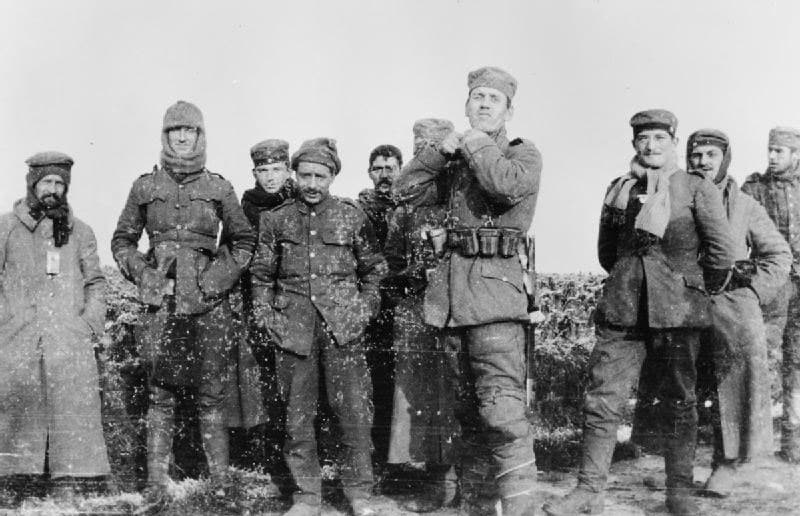 Over one hundred years ago during Christmas, in the midst of World War I, German and British soldiers stopped fighting, and good will toward men and peace on earth prevailed. While there were a number of different unofficial ceasefires during the Christmas of 1914, the story of Ypres, Belgium, is one of the most widely recognized.

Some details have become tattered over the last century and some vary ever so slightly from one person to the next, but most accounts tend to agree that the Christmas Truce – as it became known – was initially fueled by the flicker of candles and the sound of singing.

The Germans were said to have set out tiny candles above the trenches and even stuck a few in the fir trees which lined the trenches, which at first only confused the British soldiers before they realized what the soft glow actually was.

The British and German soldiers had dug an extensive trench system during the war, and in some places the trenches of both sides were very close, some only about 30 yards apart. What one could consider friendly messages were already shouted across the trenches at times, but on Christmas Eve, the soldiers began to sing Christmas carols. With the trenches as close as they were, the singing could be heard from the other side. 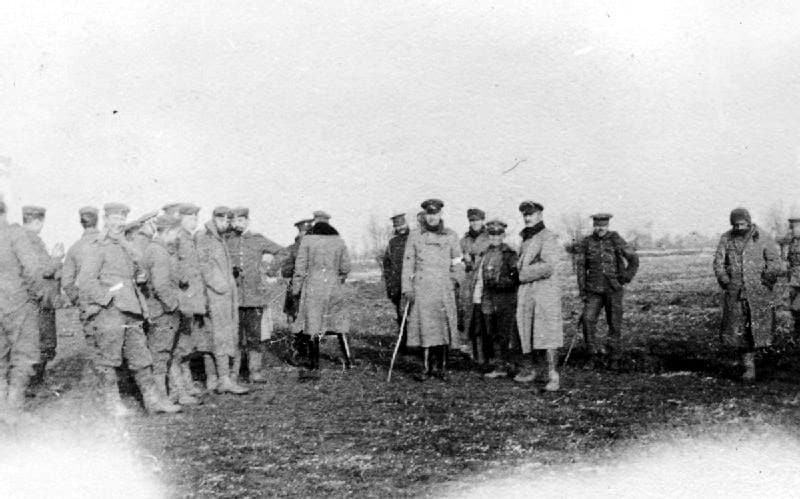 At some point during the night, soldiers recognized the songs of their enemies and they began to sing in unison the same song in their own language. There are differing accounts on what song was first sang together. Many believe that it was “Silent Night,” but according to Heritage Auctions’ Historical News, accounts from letters of British soldiers show that the song was first heard during the war and did not become popular in England until after World War I. The website indicated that it was most likely “O Come All Ye Faithful” which was sang in unison.

Nonetheless, when it came down to it, it really didn’t matter. One side sang and the other side heard and joined in.

As time trickled on and the singing continued, soldiers slowly crept out of the trenches, eventually crossed into the area between each side known as no man’s land and began to greet one another and shake hands.

Private Cunningham of the 5th Scottish Rifles described the unusual day in a letter to his friend.

On Christmas Eve the firing practically ceased. I think both sides understood we were going to have a day off. Through the night we sang carols to one another, the German lines were only a hundred yards away, so we heard each other quite plainly. This went on all night. When dawn arrived we started putting our head above the parapet and waved to each other. On our left was a brewery occupied by the Germans and to our surprise we saw a German come out and hold his hand up, behind him were two rolling a barrel of beer. They came halfway across and signed to us to come for it. Three of us went out, shook hands with them, wished them a merry Christmas, and rolled the barrel to our own trenches amid the cheers of both British and Germans! After that it was understood that peace was declared for a day. We both got out of our trenches and met in the middle of the field, wished each other seasons greetings. The Germans said: ‘A merry Grismas!’ Some of them were quite good at English. We had a most interesting day.

The men exchanged gifts and took photos while the fighting stopped.

“The British had brass boxes of chocolates and tobacco and the Germans had wooden boxes with cigars and sausages and so on,” said professor Stanley Weintraub, author of “Silent Night: The Story of the World War I Christmas Truce.”

According to Weintraub, who extensively studied the archives at London’s Imperial War Museum, “Walter Kirchhoff of the Berlin Opera came forward and he sang ‘Silent Night’ in both German and English across the trenches.” 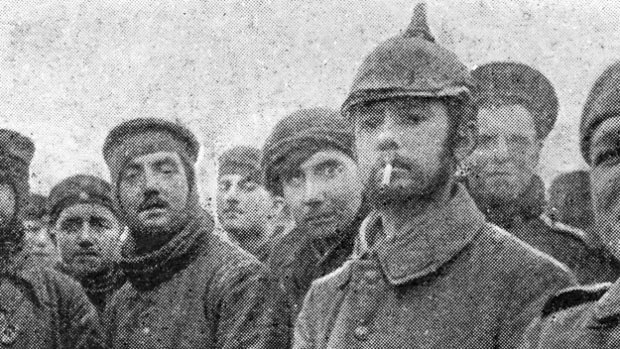 The war had been brewing for about five months in Europe at that point and nearly one million lives had been lost.

“What they discovered is that on both ends of the rifle they were the same, the same working class guys,” Weintraub said. “It was a very strange event. The circumstances were unique, it probably couldn’t have happened in another war.”

After the unofficial truce was over, soldiers went back to war, some with heavy hearts.

“They were very sad about it, they knew that it was a terrible thing they were returning to but they had no choice, they were under orders,” Weintraub said.

Historian Andrew Hamilton described it as “an iconic event, with humanity overcoming man’s innate evil — just for a short time.”

There were several truces during the holiday, but none were official ceasefires and many ended in bloodshed. Some only lasted an afternoon or evening, others only Christmas Day. Some went for a week and some soldiers stopped fighting all the way until the New Year. Still, some soldiers believed that the rumored truce was official and climbed out of their trenches only to be killed.

After the holiday was over, the war lasted another four years. Future attempts at holiday ceasefires were unsuccessful and were often met with threats of disciplinary action.

This article was originally published on Guns.com Dec. 23, 2014.