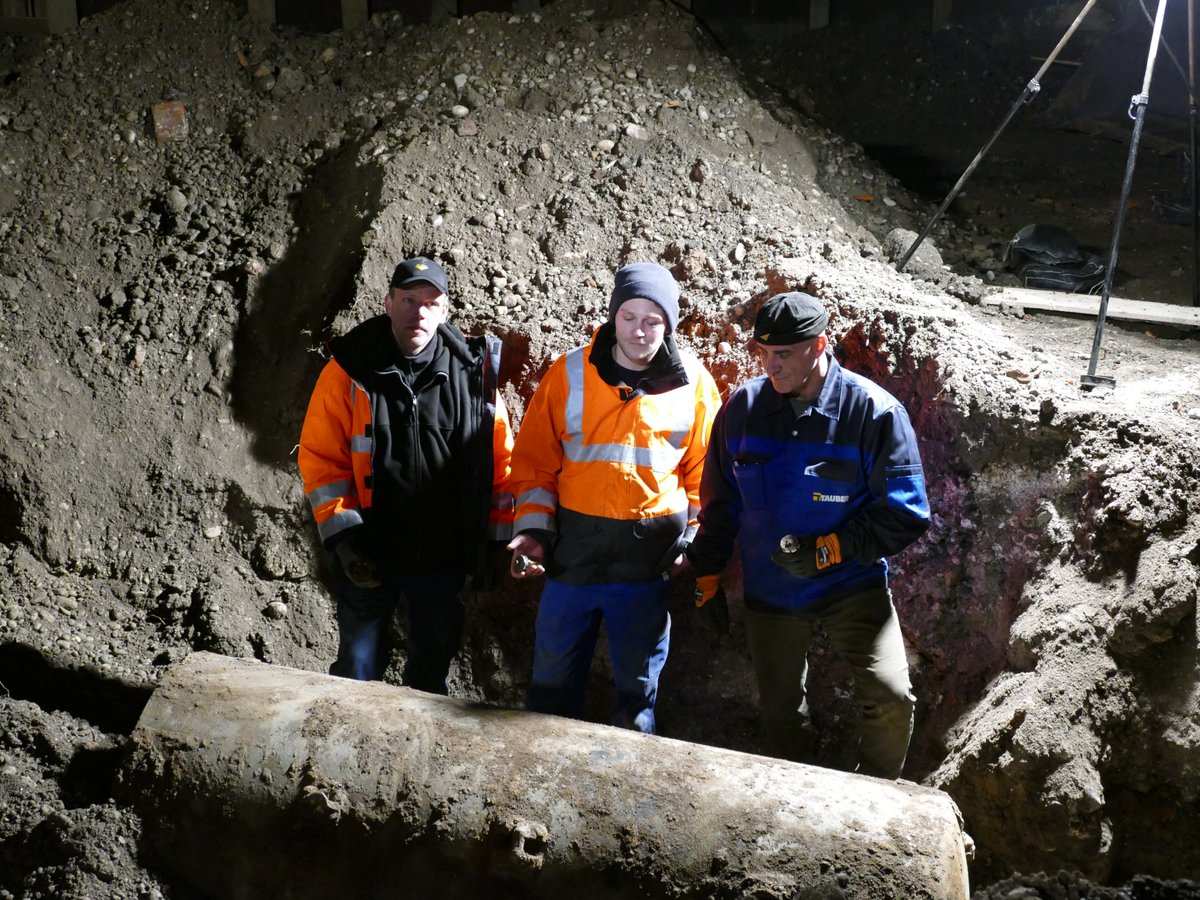 The ancient Bavarian town of Augsburg called for one of the largest post-WWII evacuations in German history on Christmas after a live 2-ton bomb was unearthed.

As reported by Augsburger Allgemeine, the unexploded ordnance was found during construction downtown and police moved to establish a 1.5 km safety zone around the site before technicians moved in to disarm the device. The decision sent some 54,000 fleeing their homes.

The bomb, an HC blockbuster type, weighed some 4,000 pounds and is similar to ones found in the Rhine riverbed in the German city of Koblenz in 2011 and in Italy in 2014.

Augsburg was the site of one of the most unsuccessful raids by the British Royal Air Force in World War II. Targeting the M.A.N diesel engine factory– a key producer of engines for German U-boats– the 1942 raid accomplished little and spared the city until a huge U.S daylight raid followed by a 594-plane strike by the RAF on the night of Feb.25/26 1944 destroyed much of the town.

“DA IST DAS DING!” (There’s the thing) notified Polizei Schwaben Nord, the local German police agency over the affected area, on social media once the bomb had been disarmed, before going on to thank the EOD techs who made sure one part of Germany could celebrate a Silent Night. Residents were allowed to return home shortly after.