Police: South Carolina lawmaker hit his wife, pointed a gun at her 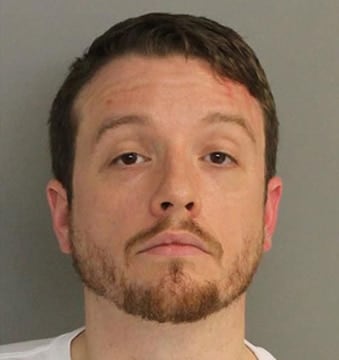 A member of the South Carolina House of Representatives was arrested and charged with first degree domestic violence Tuesday, according to local reports.

Corley told police his wife tried to punch him after she accused him of cheating, according to the Aiken County Sheriff’s Office. A scratch on his forehead was noted in the police report.

The incident happened at the couple’s home in Graniteville, South Carolina. Corley’s wife told police her husband stopped hitting her after their children started screaming.

The Republican lawmaker, who was re-elected to his second term in November, fought to keep the Confederate flag flying on Statehouse grounds, a tradition that ended in July 2015 in the wake of a massacre that left nine parishioners dead at a Charleston church. That same year, Corley sent a Christmas card to his Republican colleagues with a picture of the flag telling them to “ask for forgiveness of all your sins such as betrayal.”

“May your Christmas be filled with memories of a happier time when South Carolina’s leaders possessed morals, convictions and the principles to stand for what is right,” read the card, which he called a joke.

During this year’s legislative session in South Carolina, Corley voted for a bill that strengthened punishments for domestic violence, according to the Associated Press.

If Corley is indicted, South Carolina state law mandates that he be suspended from the House. He faces up to 15 years in prison if convicted.