Shotgun taken by Nazis during WWII returned to family 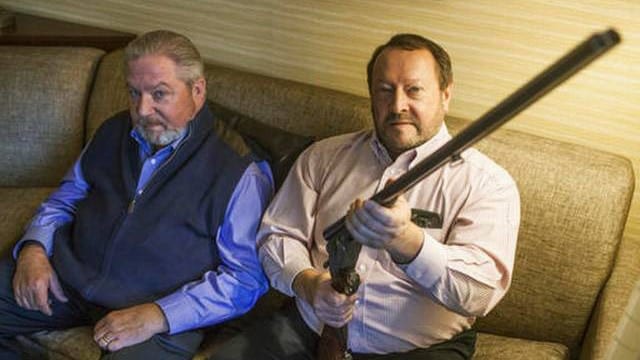 John Barnett, left, and Mark Bombelles pose for a photo with the gun that Barnett returned to Bombelles’ family on Friday, Dec. 9. (Photo: Daily News via AP)

A man from Bowling Green, Kentucky, opted to give away a $50,000 antique shotgun instead of selling it after he discovered the gun’s history and its rightful owner.

John Barnett’s family first came to be in possession of the double-barrel 12-gauge at the end of World War II when his father, while serving in Germany, was helping to round up Nazi sympathizers.

Although the shotgun was frequently used for hunting when he was a teen, Barnett decided 20 years ago to clean up and preserve the antique. Then, about two years ago, Barnett decided to sell it, and that’s when he learned the gun’s history.

In October with the help of Neuberger, Barnett contacted Bombelles, who was in utter disbelief that he was going to simply give him the antique firearm.

“I was dumbfounded,” Bombelles said. “I had to call him back a couple of times saying, ‘So, what do you want to do with the gun?'”

Lat month, Bombelles made the trip to Bowling Green and was reunited with the heirloom he never he knew existed. And although many questioned him for not selling it instead, Barnett said he knew to give the gun back to Bombelles was the right thing to do.