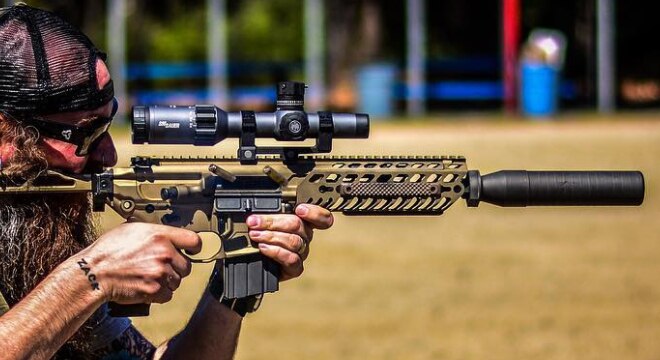 SIG wants those with an MCX to contact them immediately to see if their gun needs an improved carriage assembly (Photo: Sig Sauer Academy)

SIG Sauer is asking those who have an MCX to stop using their firearm immediately so that the assembly can be upgraded to a new model to mitigate chances of an unintended discharge.

The company, in a press release on Dec. 22, disclosed that during factory testing they found a rare and hard to replicate instance that may cause the current carriage assembly used in .300 Blackout chambered MCX’s to fire accidentally. In an abundance of caution, SIG has decided to move forward with the upgrade on all models due to the modularity of the platform.

MCX owners are encouraged to contact SIG through their registration website or call customer service (603-610-3000: Option 1) to initiate the process.

Those affected will be sent a prepaid box to send their assembly back to the factory. Some 5-7 days after they receive the legacy parts, SIG will ship out the new Gen 2 assembly with significant changes to include a firing pin lock as well as a slightly redesigned op rod and bolt as shown in the diagrams below from SIG.

In addition to the new assembly, those who upgrade will receive a $50 gift voucher.