Nothing spurs debate like the potency of defensive handgun cartridges. The 22 Magnum cartridge has its share of lovers and haters and I happen to be a fan. Some give it the small-bullet talk while others compare it favorably to the decently regarded 380 ACP round.  It just so happens that I have a pair of concealed carry type of handguns chambered for both rounds, so I felt that a ballistics gel test was in order. The results, though imperfect, are eye-opening. 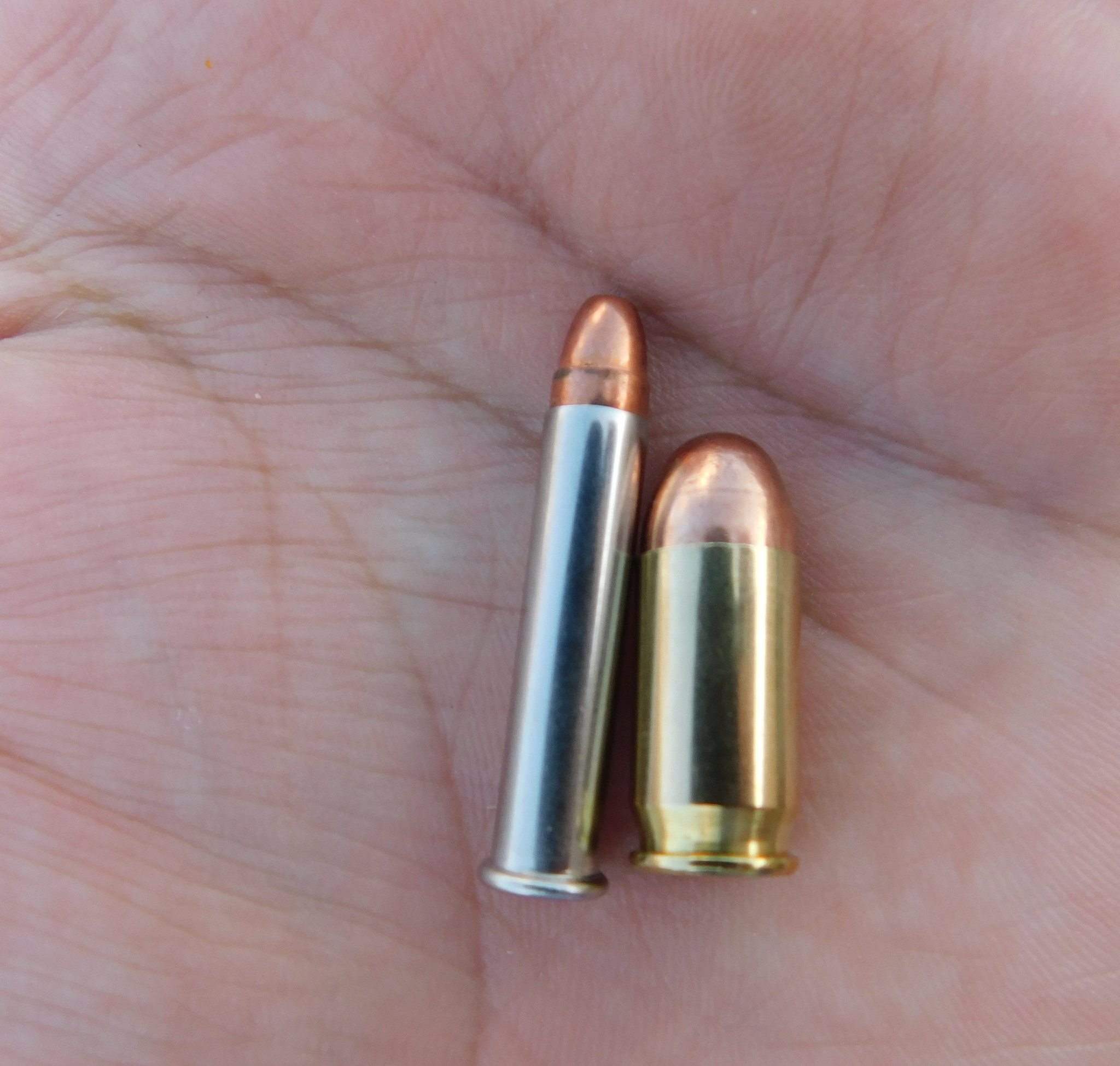 At it’s heart, the 22 Winchester Magnum Rimfire is a varmint cartridge. Over the quintessential 22 LR, it offers higher velocities with more powder in its longer case, as well as a conventional jacketed style of bullet. The flipside of that is the fact that the ammunition is somewhat more expensive, though not quite as expensive as center-fire pistol ammunition. Though production of the round started in 1959, its use in small defensive handguns did not come to mind until much later. Today, a number of carry guns are chambered for the round–mostly revolvers like the Smith & Wesson 351, the NAA Mini Revolver, and my own Ruger LCR. This platform is sometimes touted as being ideal for the recoil sensitive shooter with enough power and penetration to compare favorably against the harder kicking 380 ACP and 38 Special cartridges.

The 380 ACP is designed expressly for small automatic pistols, developed way back in 1908. It was popular and was well used during both World Wars and it remained relevant as one of the most powerful rounds to be had in small handguns at the time. Technology has since caught up and  small handguns can be found in more potent rounds like 9mm Luger and 45. Despite this, the 380 remains very popular and is chambered in even smaller guns than those of yesteryear.

The Test Guns and Ammunition

My Ruger LCR in 22 Magnum is light-weight revolver that definitely promises a no-recoil solution to a defensive handgun. It is a six-shot revolver, offering one more round than the 38 Special version. It has a 1 7/8 inch barrel, typical snubby revolver length.

A Taurus Curve served as the test platform for the 380 ACP. The gun is typical for its class with a short 2 3/4 inch barrel and a 6+1 capacity.

Ammunition selection for my task, tagging a 10 % calibrated ordinance gel block, was not taken lightly.

There are a few defensive-minded loads for the 22 Magnum cartridge, like Speer Gold Dots and Hornady Critical Defense, but I did not bother. These varieties aren’t the easiest to obtain and third party testing of these rounds favored expansion over penetration, so I stuck with varieties that are easy to find at local big box stores. Unfortunately, most of those are rounds meant for rifle use. But nonetheless, I set forward with Federal 50 grain JHP ammunition at the heavy end. CCI’s 40 grain solid FMJ represents an average weight.  The lighter, but faster CCI 30 grain HP+V round was selected as well.

The optimistic advertised velocities of 1800-2200 fps on the box are just that, optimistic. A rifle will give you that sort of power, but you will never get that out of a handgun. Testing the light 30 grainers out of my LCR yielded an average of about 1107 fps. Yikes!

The 380 ammunition was more simple. I chose Privy Partisan 95 grain FMJ. This is the style used for many years and a good baseline for the test. This round clocked in at 887 fps. Weak, but with over double the bullet weight over the 22 Magnum. Which round will come out on top? 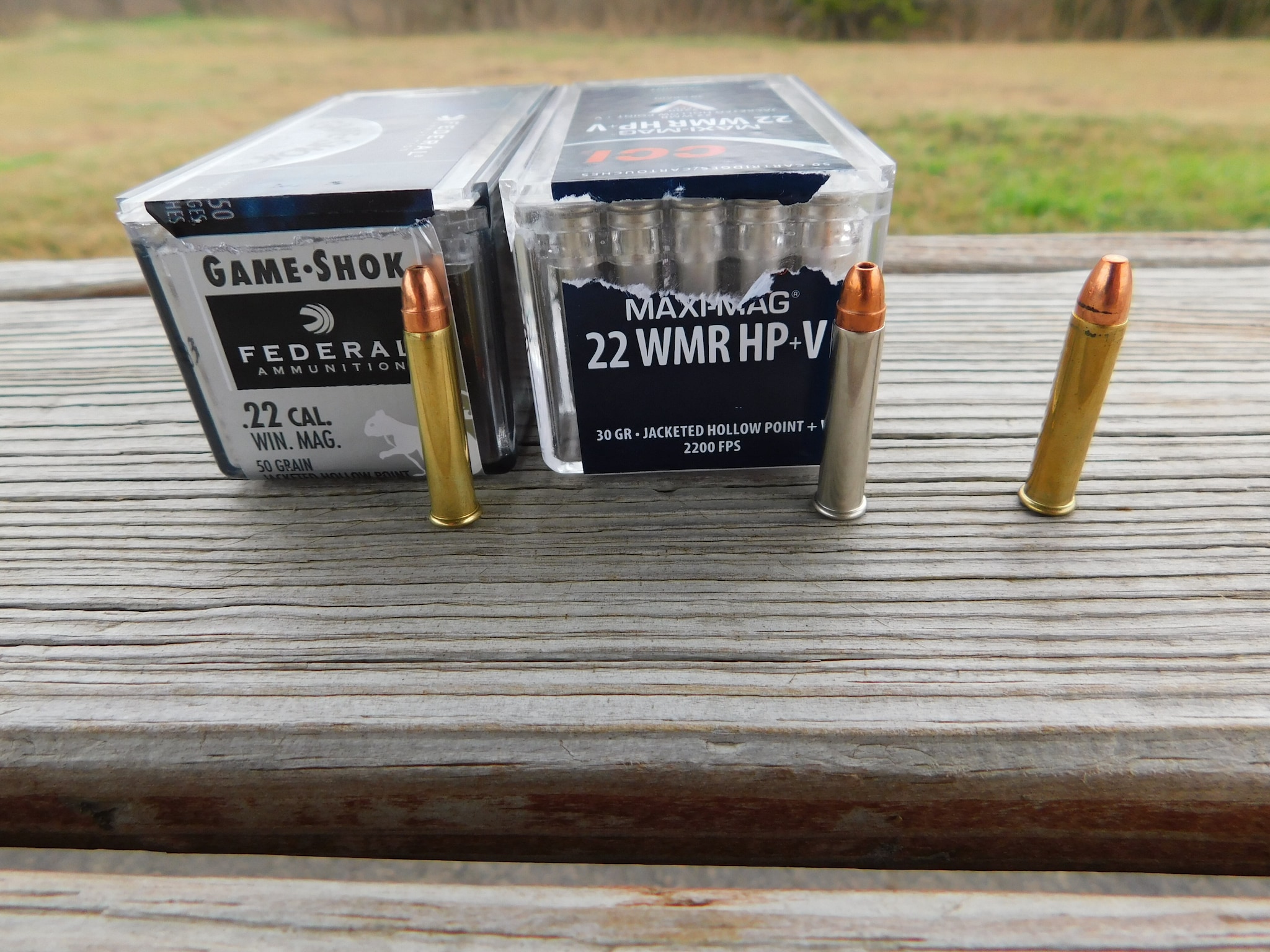 I fired the rounds at close range into the gel, at a distance of about two feet.

Only one block was shot during our test and it measured just thirteen inches, therefore 3 of 4 bullets passed completely through the block. The wound tract, however, is what I found interesting.

The 30 grain bullet proved to be the benchmark for the 22 Magnum cartridge. After stretching the block two inches in, the round skimmed through the block creating a cavity that ran from the 4-9 inch mark with a maximum diameter of 1/2 inch.

The 40 grain FMJ zipped right through the block with minimal damage, but it took a straight path.

The 50 grain hollow-point was last. This round sailed through the block before it tumbled and came to rest at the 11 3/4 inch mark. 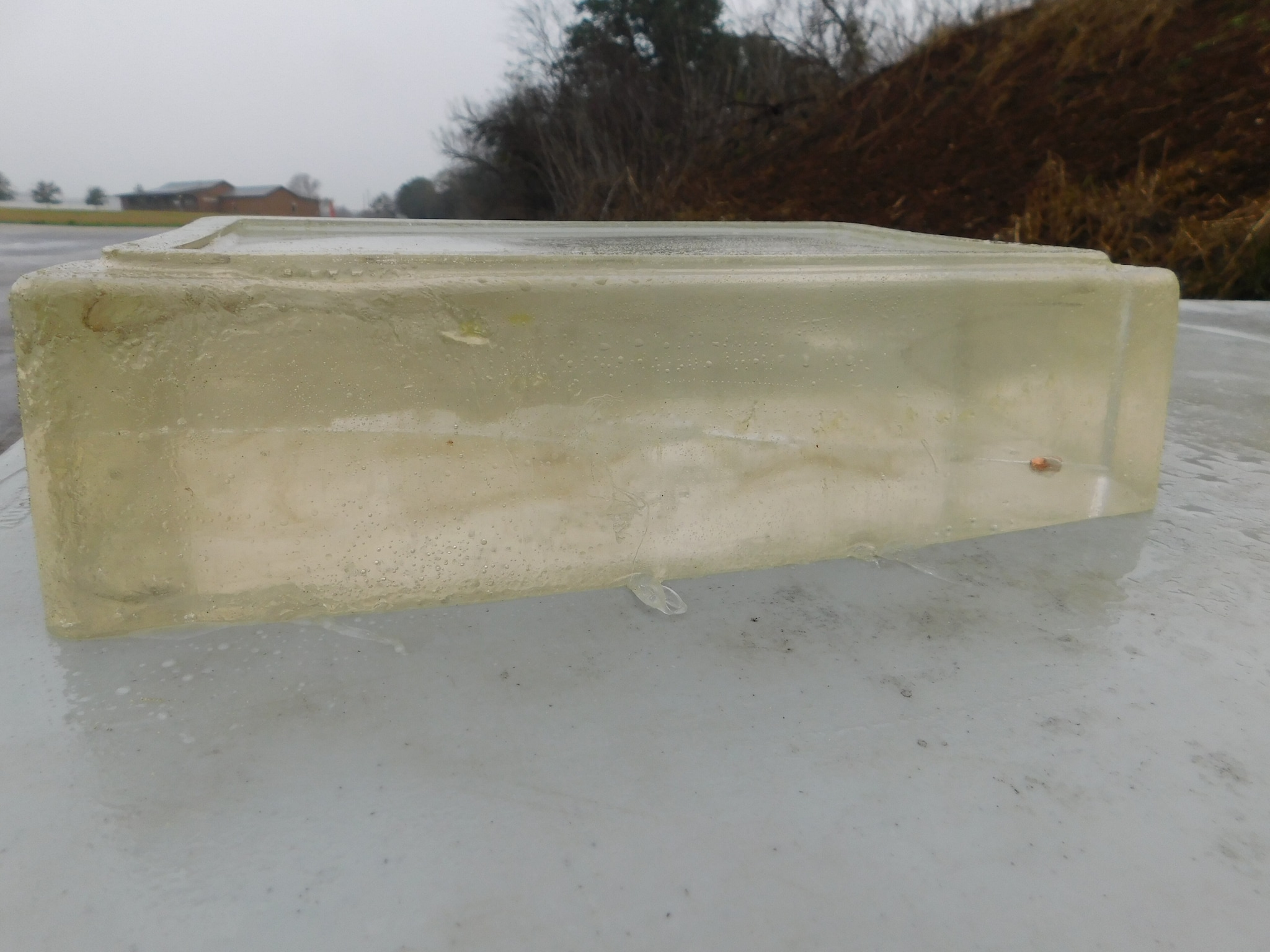 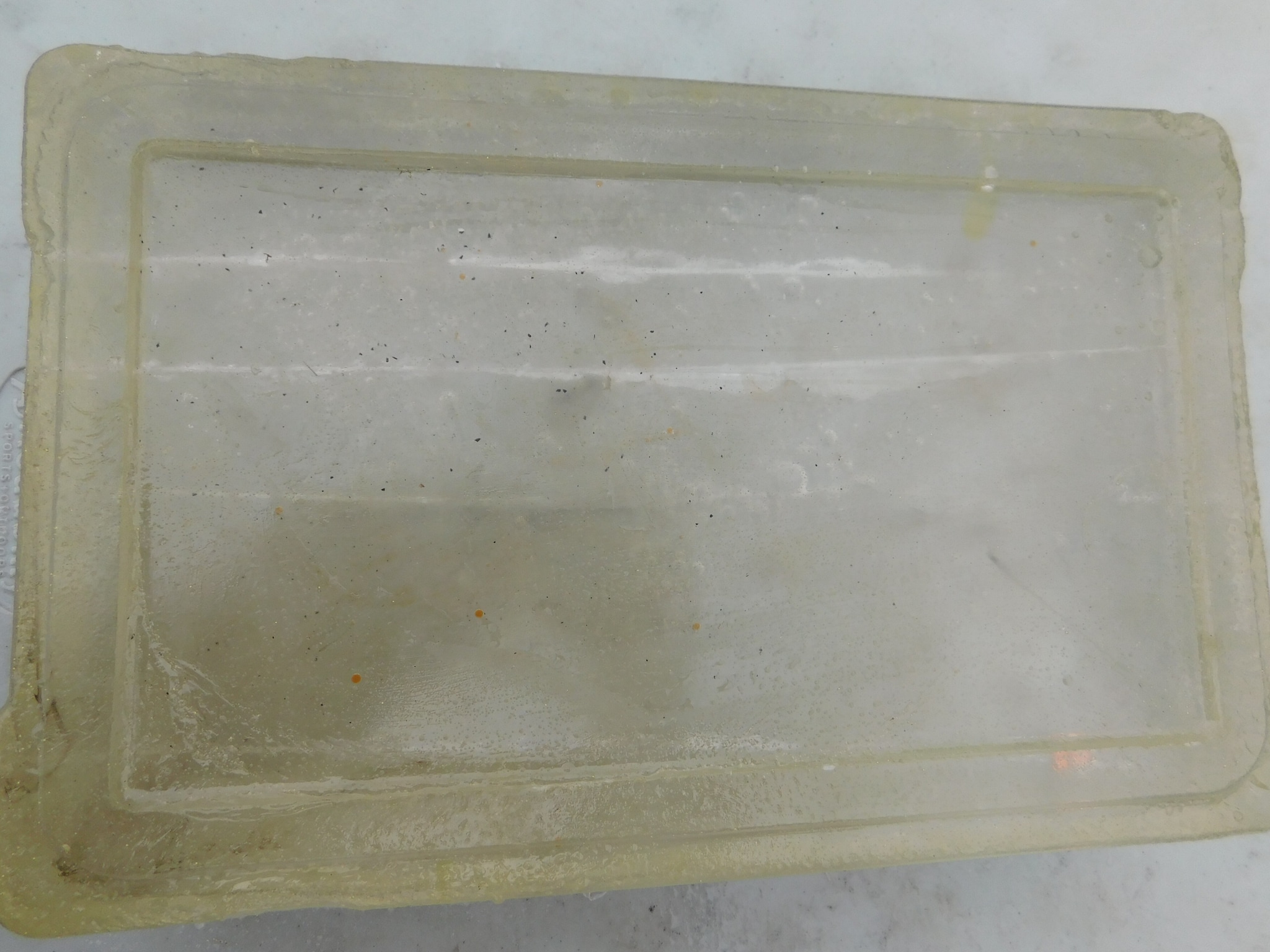 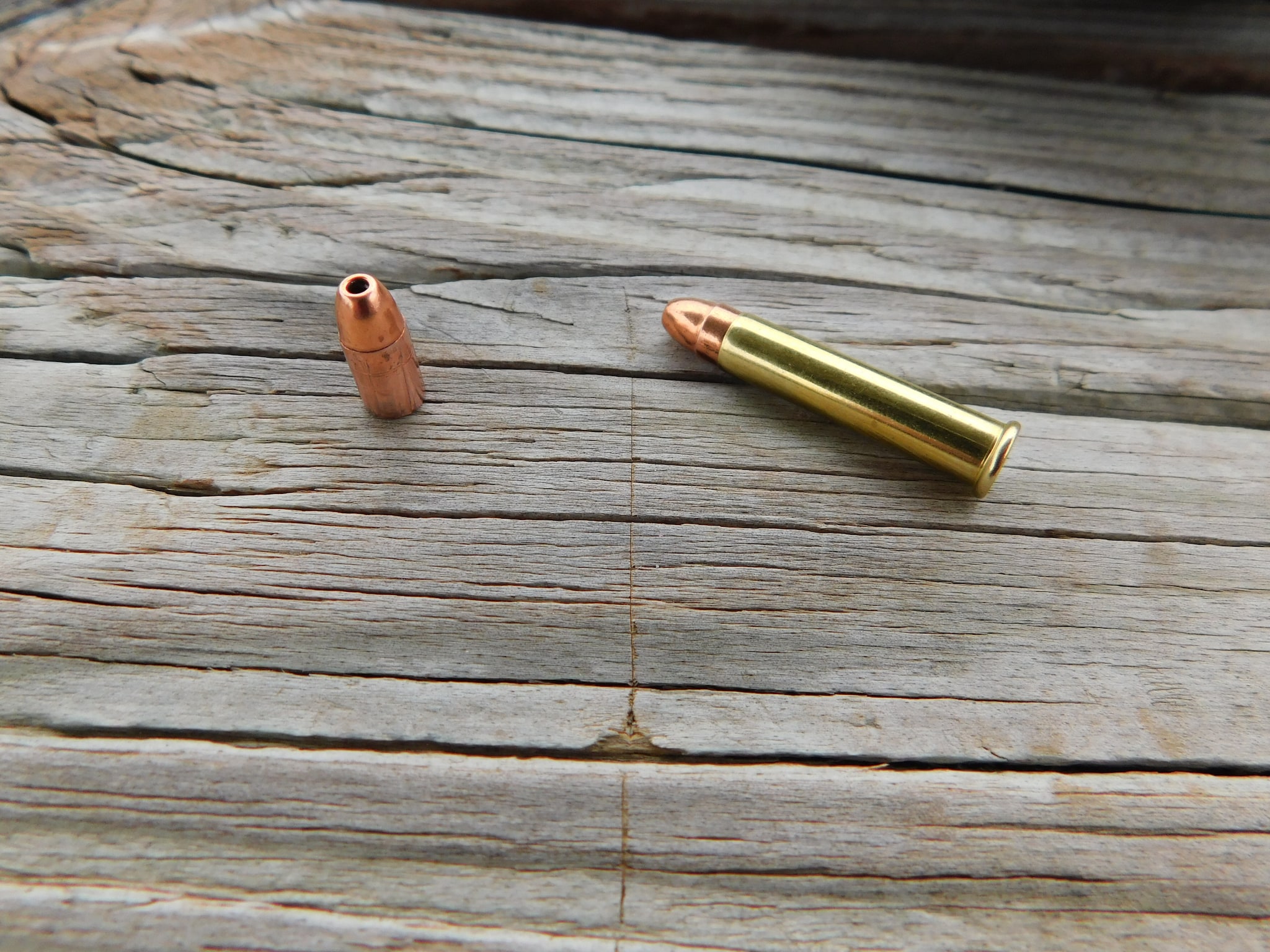 Going by strict numbers, the 380 ACP in the sure-penetrating FMJ configuration outperformed all the 22 Magnum loads, barely. Against the best performer, the 30 grain CCI HP+V, the 380 round barely emerges intact, so to speak.

Upset in the gel was a touch longer with the 380 and the initial bullet hole is somewhat larger. Is this worth toting around the 380 ACP when compared against the 22 Magnum? The 380 lives well in small-automatic pistols for fast firepower, but these small handguns tend not to be the most easy to shoot accurately without good practice. You will still need practice with a 22 Magnum, but the recoil is far more forgiving for pleasant and therefore accurate shooting.

The classic 380 ACP is no slouch, but if you are considering the lighter 22 Magnum options out there, don’t be dissuaded.