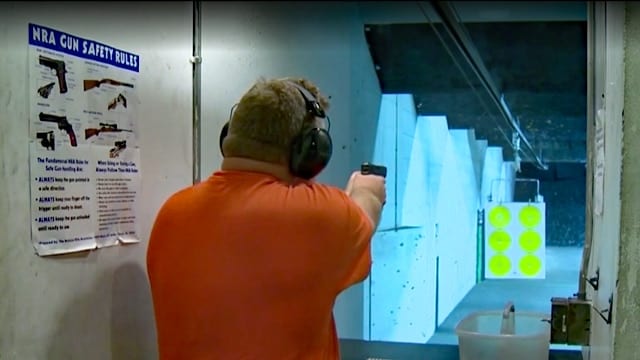 Gun buyers in Maryland will have to apply for their weapons online starting the first of the year.

“It helps everybody in the process, particularly the buyer and … the firearms dealer, because there’s no paperwork. There’s no problem with maybe, illegible handwriting, and you can submit the application and pay that $10 application fee online,” said Elena Russo, with Maryland State Police according to WBAL-TV.

Those who plan to purchase guns will need a valid email address in order to set up an account and apply. They’ll submit a questionnaire and be fingerprinted, and there’s a seven-day waiting period.

“We’re really trying to make sure that everybody … has a complete understanding of how this portal will work, so we’re doing training with dealers,” said Russo. “We want to show how simple and efficient it will be.”

Maryland’s sweeping 2013 gun law was written and passed in the wake of the 2012 Sandy Hook shooting. Facing a legal challenge in 2014, a federal judge ruled the weapons ban and magazine cap were constitutional, writing the law “seeks to address a serious risk of harm to law enforcement officers and the public from the greater power to injure and kill presented by assault weapons and large capacity magazines.”

The new web portal will notify buyers of their application status via email and state police say the process takes seven days for most applications.