Trump will have to fill more than 100 judicial vacancies 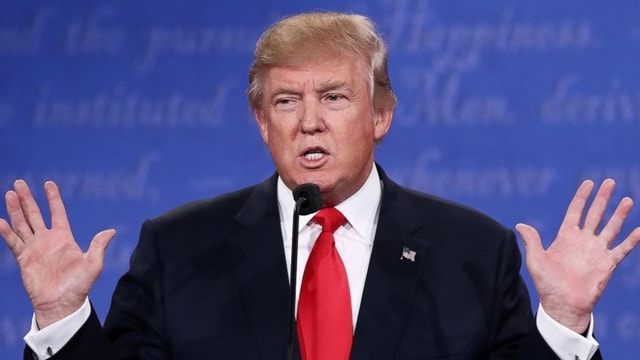 President-elect Donald Trump will have an unusual amount of judicial vacancies to fill when he takes office next month. (Photo: ABC News)

President-elect Donald Trump will have to fill as many as 103 judicial vacancies next month when he becomes the 45th President of the United States, a responsibility that could see several pro-gun judges appointed to the bench.

President Obama was left with 54 openings to fill when he took office in 2008. When Republicans took control of the Senate in 2015, Obama’s judicial picks stopped getting Senate confirmation, and White House officials accused the right of an unprecedented level of obstruction, according to the Washington Post.

Republicans still control the Senate after November’s election, and while that doesn’t guarantee they’ll approve all of Trump’s picks, he has vowed to appoint a Supreme Court justice whose views are similar to those of the late Antonin Scalia, a conservative hero.

“The replacement of our beloved Justice Scalia will be a person of similar views, principles and judicial philosophies,” Trump said at the Republican National Convention. “This will be one of the most important issues decided by this election.”

In an interview with 60 Minutes the weekend after the election, Trump said the Supreme Court pick would be “very pro-Second Amendment.”

Trump hasn’t talked much about lower court appointments, but transforming the federal judiciary has been a priority for him and Vice President-elect Mike Pence, according to aides.

While Obama and the Democrats cry foul over Republican stonewalling, the Senate has confirmed 329 nominees in Obama’s eight years as president — three more than during Bush’s time in office.

Still, there are judicial seats that have long been vacant nationwide, resulting in a backlog of cases. According to the nonpartisan Judicial Conference, there are 38 so-called “judicial emergencies.” Seven seats in Texas have been vacant for more than a year.

“There is a real impact on real people,” said W. Neil Eggleston, Obama’s White House counsel. “There are people and companies who are not having their cases heard because there are no judges around.”

That will mean added pressure for Trump and Republicans to quickly fill those vacant seats.