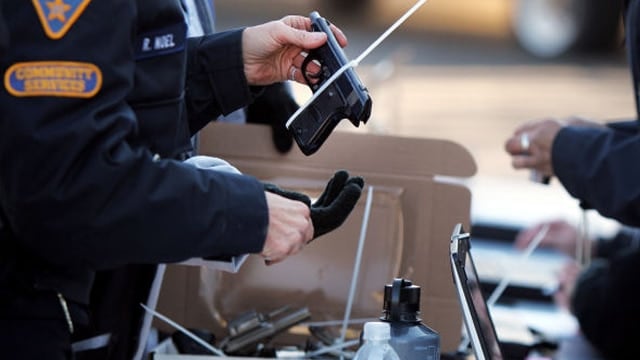 The city of Tucson filed a motion Thursday asking the Arizona Supreme Court to toss out a lawsuit filed by Attorney General Mark Brnovich over the city’s policy to destroy seized guns.

The controversy began earlier this year when a state representative filed a complaint with Brnovich’s office that stated Tucson was violating a state law that mandated seized guns be sold. Brnovich agreed. He wants Tucson to lose its more than $100 million in state aid over the gun destruction. The city has destroyed nearly 5,000 guns since 2013, and Brnovich says the policy violates state law.

But city officials argue the gun destruction policy is a protected policy in Tucson because it’s a charter city. Arizona has 18 such cities — all of them write their own charters that outline the functions and powers of the city.

Thursday’s filing also asks the state Supreme Court to let a lower court rule on the case. The city of Tucson has filed a case in Pima County Superior Court.

Tucson passed the gun destruction ordinance in 2005 and it applies to handguns and semi-automatic firearms seized by police. Earlier this month, the city council voted to reject Brnovich’s demand that they repeal the ordinance. The council also voted to suspend firearm destruction until the legal battles are resolved.