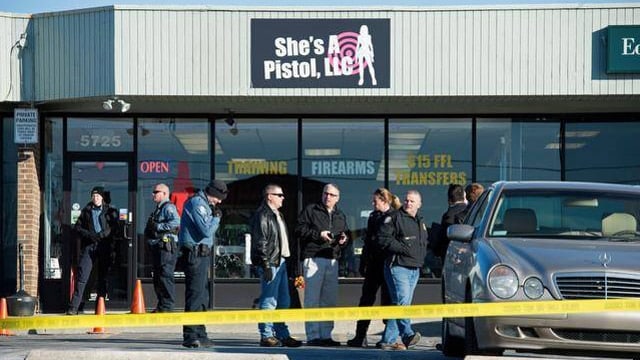 Co-owner Jon Bieker was killed in the botched robbery, while his wife, Becky, was severely injured. (Photo: Kansas City Star)

A gun store owner whose husband was killed during a robbery attempt nearly two years ago said she will close the Kansas shop at year’s end.

“It has been an extremely difficult two years for us,” said Becky Bieker, owner of She’s A Pistol in Shawnee, in a post on social media Tuesday.

She added the business is not able to cover operating costs because of an increase in legal fees and other expenses.

According to the post, She’s A Pistol will honor firearm transfers that arrive by Dec. 30 and anything that arrives after will be returned. Yet, Bieker said she will continue to offer training classes. The shop launched a liquidation sale Wednesday.

Bieker’s husband and co-owner of the shop, Jon, was killed during last year’s robbery, but not before fighting back against the four assailants. In fact, Jon shot three of the suspects, leaving one paralyzed after striking him in the spine. The paralyzed suspect said he fired in self-defense only after Jon first fired at him, a claim that was promptly tossed out by the judge. All four suspects have been charged with murder for Jon’s death.

Becky was also badly injured by the suspects during the robbery, but previously stated she believed had it not been for her husband being armed, she would have been killed as well.

After the robbery, Becky received an outpouring of support and, once she reopened the shop at another location, sales, as well as enrollment in gun training classes, surged. But apparently, even with the boost, it wasn’t enough to cover the plethora of legal and other fees Becky has since faced.

In the statement announcing the shop’s closing, Becky said she and her team are “eternally grateful for everyone’s supportive words and prayers.”